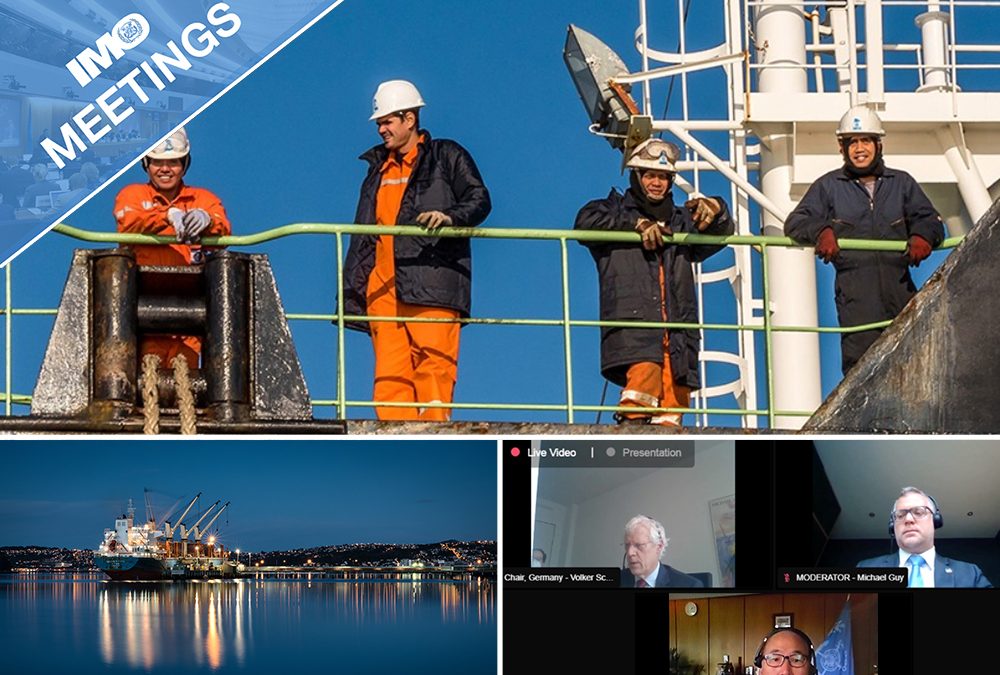 Opening the session, IMO Secretary-General Kitack Lim stressed the need to prioritise the well-being of more than 1.6 million seafarers working on board seagoing ships every day to deliver goods around the world. “As I have repeatedly emphasized, seafarers are the silent heroes and collateral victims of the COVID-19 pandemic, as travel restrictions have left hundreds of thousands of them stranded on ships, or unable to join ships. IMO, together with other United Nations system organizations, has taken countless actions to address the serious issues that have arisen during this crew change crisis, and we will continue to seek solutions to put an end to the crisis.,” Mr Lim said.

The Committee will consider a proposal for a new output, to address the fair treatment of seafarers detained on suspicion of committing maritime crimes, recognizing the global nature of shipping, crossing many jurisdictions, and seafarers’ rights to a fair trial.

A second proposal for new work raises the need to develop a set of guidelines for port State authorities on how to deal with seafarer abandonment cases. Such guidelines could provide a solid basis for the introduction of a unified procedure to follow in order to speed up the process of repatriation of seafarers and to improve port operations.

The Committee will also consider action being taken to facilitate the entry into force and harmonized interpretation of the 2010 HNS Convention, a key treaty, which, when in force, will address liability and compensation for accidents involving hazardous and noxious substances.

Also up for consideration is the development of a unified Interpretation on the test for breaking the owner’s right to limit liability under the IMO conventions.

The Legal Committee was opened by IMO Secretary-General Kitack Lim and is being chaired by Mr. Volker Schöfisch (Germany).