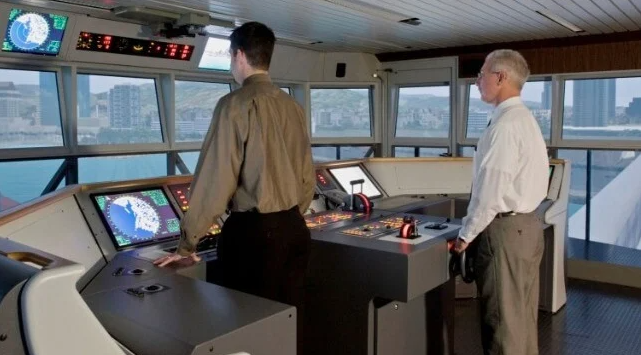 When Russia invaded Ukraine in February, Finnish technology company Wärtsilä suspended all deliveries, sales, orders, and bidding for Russian customers. It further downscaled its operations in the Russian Federation in April, taking a $200 million writedown on the value of its business and giving up about five percent of its annual net sales. According to Russian media, the decision may have spurred the creation of a new Russian company to serve Wärtsilä’s Russian customers in the electronic-navigation space.

Wärtsilä acquired the civilian division of electronics and software company Transas in 2018. Though Transas was a global company with a UK headquarters, it had been founded in St. Petersburg in 1990, and it had a substantial Russian workforce. At the time of the purchase, the high-profile acquisition looked very attractive: it handed Wärtsilä a portfolio of simulation, traffic control, fleet operations and ECDIS technology, along with related businesses like training and after-sales service.

But the market withdrawal from Russia has had an impact on the Transas business line (known as Wärtsilä Voyage after the merger). Wärtsilä took a $75 million writedown on goodwill and intangible assets related to its Voyage unit in April, the largest single component of the $200 million impairment.

Now, according to Russian outlet RBC, two ex-Transas, ex-Wärtsilä Voyage vice presidents are starting a new firm which reflects the division’s Russian roots. The newly-formed EMCT (Evolution of Marine Digital Technologies) will provide products for Russian customers left behind by Wärtsilä’s exit, and will also compete in “Russia-friendly” countries in the years ahead.

In an interview with RBC, development director Vladimir Ponomarev (formerly VP Solutions for Wärtsilä Voyage) noted that St. Petersburg had been the birthplace of many Voyage products. He predicted that with the founding of EMCT, there would be a “smooth replacement” with similar products for the sanctioned Russian shipping market.

“The departure of Wärtsilä from Russia in March 2022 effectively deprived [Russian] users of qualified expert support and the opportunity to develop software and hardware solutions to meet changing requirements and standards. In most cases, this situation can be critical, at least on the horizon of 6-12 months,” Ponomarev said. “[EMCT is] ready to take on the tasks of expert and technical support for current users of Wärtsilä, as well as to develop and bring to the market domestic hardware and software solutions that can replace Wartsila products in a short time.”

EMCT’s creation is part of a broad wave of import substitution across the Russian economy. As Western businesses have pulled out or sold off their Russian divisions, others have stepped in to fill the gap – most prominently, the fast-food chain “Vkusno i Tochka,” the inheritor of McDonald’s Russian chains.