Ever Given Being Towed For Technical Inspection 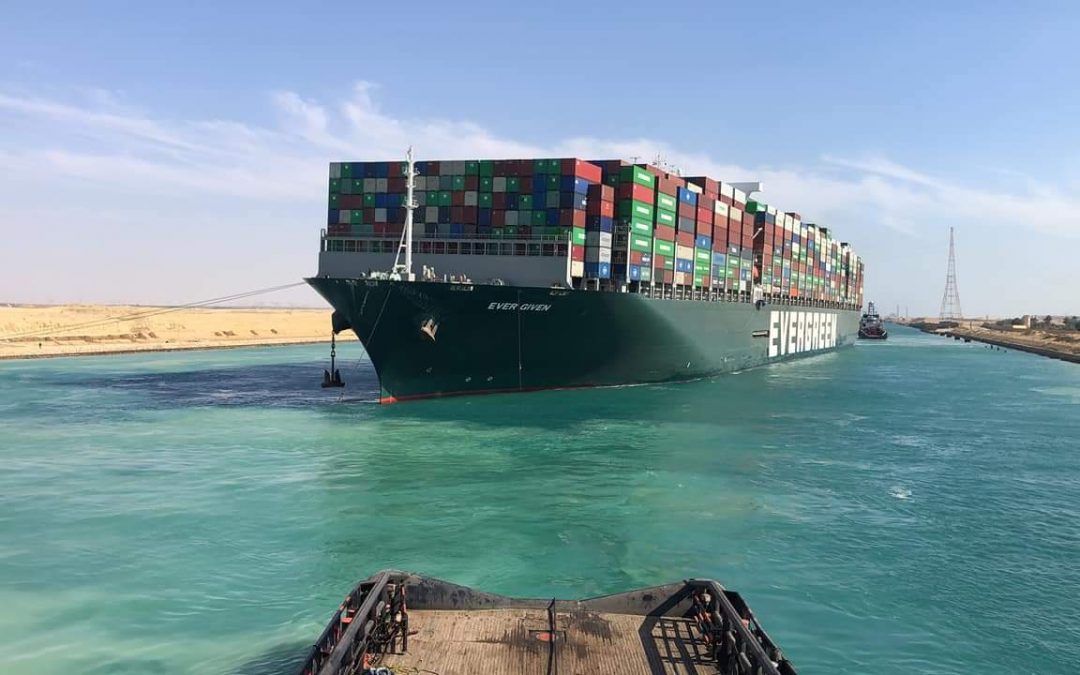 Grounded container vessel Ever Given has been fully refloated and is being towed to the Great Bitter Lakes region for its technical examination, Boskalis subsidiary SMIT Salvage said in an update.

The ship is being moved north through the waterway by a team of tugboats as we speak, data from Marine Traffic shows.

With a length of 400 meters and a width of nearly 60 meters, Ever Given has been wedged in the Suez Canal since March 23, 2021 blocking all shipping traffic.

“I am excited to announce that our team of experts, working in close collaboration with the Suez Canal Authority, successfully refloated the Ever Given on 29 March at 15:05 hrs local time, thereby making free passage through the Suez Canal possible again,” Peter Berdowski, CEO Boskalis, said.

“I’m extremely proud of the outstanding job done by the team on site as well as the many SMIT Salvage and Boskalis colleagues back home to complete this challenging operation under the watchful eye of the world. The time pressure to complete this operation was evident and unprecedented and the result is a true display of our unique capabilities as a dredging and marine services provider.”

Evergreen Line, the charterer of the containership, has also confirmed the news.

“In order for the canal to resume normal operation, the vessel is leaving the grounding site with assistance of tugboats,” the Taiwanese shipowner said.

“The chartered vessel will be repositioned to the Great Bitter Lake in the Canal for an inspection of its seaworthiness. The outcome of that inspection will determine whether the ship can resume its scheduled service. Once the inspection is finalized, decisions will be made regarding arrangements for cargo currently on board.”

The company expressed gratitude to the Suez Canal Authority, the salvage team, the crew, and all the concerned parties for their assistance and support through this ‘difficult and unfortunate situation.’

“Evergreen will coordinate with the shipowner to deal with subsequent matters after the shipowner and other concerned parties complete investigation reports into the incident,” the company added.

For the refloating of the 224,000-ton container vessel approximately 30,000 cubic meters of sand was dredged to help free the vessel and a total of eleven harbor tugs and two powerful seagoing tugs (Alp Guard and Carlo Magna) were deployed, according to Boskalis.

Ever Given was partially refloated early this morning after a massive salvage operation.

Transits of the stranded ships in the canal are expected to start later this evening after the grounded vessel arrives at Great Bitter Lakes and the backlog of unlashed backlog vessels in the Bitter Lakes/Suez and Port Said areas are cleared.

“It is still not clear if any vessels might be prioritized for passage. The current backlog should be cleared within four days,” Hapag-Lloyd said in an advisory.

The Suez Canal Authority (SCA) said that a diving team had inspected the vessel’s bottom for safe navigation before the ship was taken under. The ship’s hull and bottom will be re-inspected at Great Bitter Lakes for technical reasons.