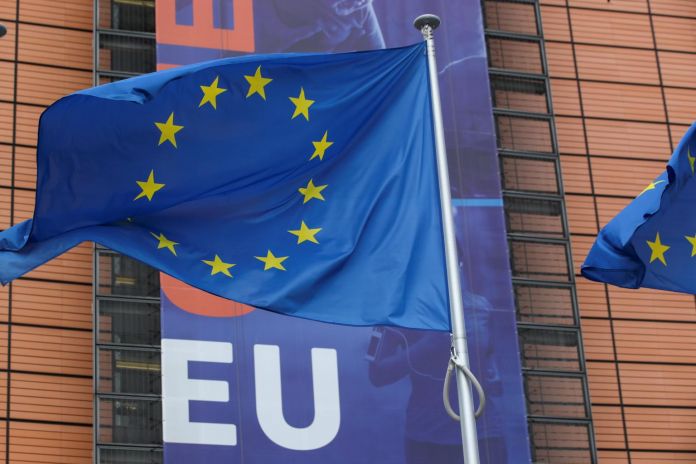 European Union leaders unblocked this week a 1.8 trillion euro financial package to help the economy recover from the pandemic-induced recession after reaching a compromise with Poland and Hungary, the chairman of EU leaders Charles Michel said.

The deal on the 1.1 trillion euro Multiannual Financial Framework (MFF) and a historic recovery fund also paves the way for the 27-nation bloc to agree on more ambitious cuts in greenhouse gas emissions – by 55% by 2030 against 1990 levels, rather than by 40% as now.

The new climate goals will be discussed by leaders later on Thursday, but officials said there was broad support for the new targets and governments were only working out how to fairly spread the efforts across the EU.

“Deal on the MFF and Recovery Package. Now we can start with the implementation and build back our economies. Our landmark recovery package will drive forward our green & digital transitions,” summit Michel said on Twitter.

But the focus was on getting all 27 behind a historic plan for joint EU borrowing of 750 billion euros to finance the recovery and the EU budget for 2021-2027 that focuses on digitalisation and fighting climate change.

Poland and Hungary had blocked the financial package because access to the money is, for the first time, to be linked to respecting the rule of law. Since Warsaw and Budapest are under EU probes for undermining the independence of courts and media, they were at risk of losing billions from the EU.

But Germany, which holds the rotating presidency of the bloc until the end of the year, struck a deal with the two countries that allowed them to lift their veto.

Under the deal, EU leaders will issue a declaration, stating that the rule-of-law link to funds will be applied objectively and only to safeguard the proper use of EU money, rather than to punish countries under the separate EU rule-of-law probes.

To delay the practical application of the new regulation, Poland and Hungary can ask the EU’s top court to check if it is in line with EU treaties, which could take even two years.

“We of course will do this… we are convinced this needs to be checked when it comes to the Treaties and so on and this is of course also our right to do so,” Polish Prime Minister Mateusz Morawiecki told Polish Television.

The Commission would then have to issue application guidelines for the law, which would delay it by a further few months, probably past the 2022 elections in Hungary, which some EU officials said Orban was keen on.

But European Commission Vice President Vera Jourova said the process of getting the rules operational could be much shorter.

“I understand some Member States might want to seek full legal certainty on this important matter before the European Court of Justice. This is their right. I expect the proceeding to go fast. In my view, we are talking about months rather than years,” she said.

To underline some continued near-term leverage over the EU, Hungarian Prime Minister Viktor Orban noted the EU budget and recovery fund would still need ratification in national parliaments, including the Hungarian and Polish ones, before coming into force.

“There is still one more difficult obstacle and this is the ratification of that agreement by the national parliaments. So we did our job, as best as we can but now still there is a chance for the national parliaments to discuss and to approve what we have achieved,” he said at a joint press conference with Morawiecki.
Source: Hellenic Shipping