Equity And Bank Finance Making A Comeback In Shipping 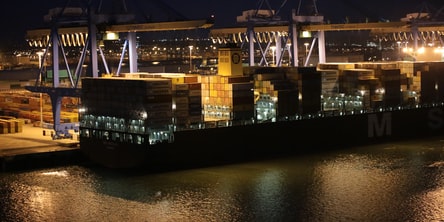 On the equity front, shipping is back in favour with investors big time. “The environment is such that investors are making money, they are betting on shipping again which they haven’t done in a long time,” said Doug Mavrinac, who runs the shipping investment bank franchise at Jefferies.

He described his firm’s involvement in two initial public offerings this year – Container line ZIM in the States, and Hong Kong dry bulk firm Taylor Maritime in the UK.  At the time that the conference was beginning, private equity investors in funds of Oaktree Capital were selling shares in Star Bulk Carriers, on the Nasdaq market in a follow-on shares offering. Star Bulk shares have more than doubled since the beginning of 2021.

“Things have picked up dramatically in 2021,” said Chris Weyers, Managing Director and Head of Maritime at the investment bank Stifel, adding that: “There’s been a big institutional movement into shipping…studying companies and investing in stocks.” Speaking about high net worth individual investors, he said “In the first quarter, we had record amounts of capital that went into shipping stocks.”

Mavrinac, from Jefferies, said that his firm had also been involved in a number of secondary stock offerings “that were oversubscribed, and investors did well”. After saying that “the market is wide open for the right story in the right sector,” he recounted multiple inquiries from shipowners exploring capital raising options.

On the debt side, the banks are returning! Nicolas Duran, Partner & Head of Debt Advisory, Fearnley Securities AS, noted that traditional ship lenders were dormant for several years; during that time, his group was able to source funds for clients from alternative sources (including lessors in Asian markets).

Going forward, as his clients have been seen more favorably by banks- now coming back into the market, he said “we may see less alternative financing.”  He added that: “We think that the bond market is going to be a far more attractive form of capital for some players because we think that general investor demand, whether it’s equity or credit, is coming back into shipping in quite a big way. We think that the bond market will be open to new players.“

On leasing, which had been a debt source when the traditional banks went away, he said, “I think it will become more of a niche product.” Summing up, he said, “There is a solution, for every shipowner in any market at any point in the cycle…I think that the banks will pick up the lion’s share of our clients’ debt business.”

All the vessel markets strength noted at the conference has, paradoxically, sent caution flags in the direction of some debt providers.  Sybren Hoekstra, Senior Investment Manager, at Northern Shipping Funds, an alternative capital provider with a counter-cyclical viewpoint, talked about the interplay of traditional bank lending, with less bank capital available than previously, and asset valuations. He said, “banks cannot finance at the low points in the cycle because balance sheets don’t look great…there’s no cash flow…so it doesn’t work…there’s a tendency for banks to finance in higher markets”.

He indicated a preference, with present market conditions, for financing tankers- where there is less downside risk  in the asset prices, contrasted with financings in the container and dry sectors.  Frithiof A. Wilhelmsen, Director, Shipping Finance, Macquarie Bank Limited, said “We share the same skepticism [as Northern] as to what entry point is reasonable for a lender or lessor today’s container market…it’s not that easy to align thinking between lenders and owners in this market.”