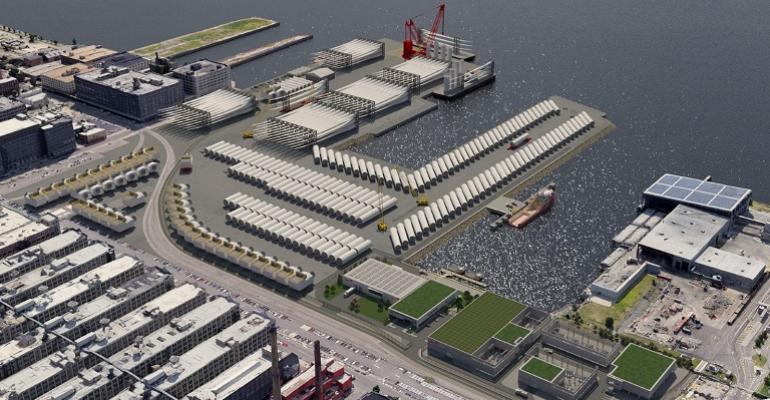 Equinor and BP are investing up to $250m to transform New York’s South Brooklyn Marine Terminal (SBMT) into an offshore wind hub.

Equinor and BP will invest $200m – $250m to turn the terminal into a wind port that will work as an operations and maintenance (O&M) hub and staging area for the Empire Wind and Beacon Wind projects and the growing offshore wind industry on the US East Coast. The facility will cover an area of 73.1 acres.

The Empire Wind and Beacon projects will supply 3.3 GW of energy and Equinor has the ambition to install 12-16 GW of renewables capacity by 2030.

“This agreement marks a major step forward in our commitment to New York State to both provide renewable power and to spark fresh economic activity, while creating enduring jobs,” said Siri Espedal Kindem, President of Equinor Wind US.

With the support of NYCEDC, SSBMT and our partners in the community, Equinor and bp are ready and eager to invest in the revitalization of SBMT, an historic port that will soon become a major part of New York’s energy future. New York has shown unflagging determination to become a focal point of the region’s offshore wind industry, and this agreement offers tangible evidence that this vision is quickly coming to life.”

NYCEDC Chief Strategy Officer and Executive Vice President Lindsay Greene, said: “We are enormously proud to lay the groundwork today for our vision of making New York City a nation-leading hub for the offshore wind industry. This agreement builds on the City’s $57m commitment to reactivate SBMT as a key manufacturing and operations base and will help make New York a leader in climate resiliency as well as air quality through clean energy investments.”