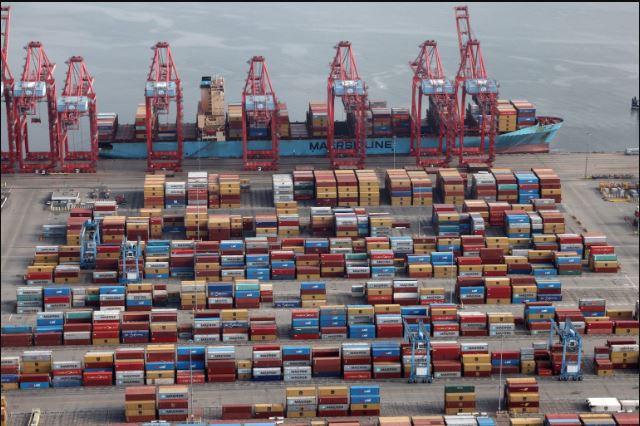 Negotiations for a new collective bargaining agreement between employers and dockworkers at U.S. West Coast ports are scheduled to kick off Tuesday ahead of the expiration of the current agreement on July 1st.

Amid fears that failure to reach a deal could lead to even more disruptions in the supply chain, both sides say they expect to keep cargo moving throughout the negotiations.

The two sides have negotiated a West Coast collective bargaining agreement since the 1930’s.

The talks are scheduled to continue on a daily basis in San Francisco until a deal is reached. In a joint statement issued Monday, both sides said they expect to keep cargo moving until an agreement is reached in hopes of avoid to further disruptions to the supply chain.

While both sides have expressed optimism that a deal will be reached, issues on items such as training programs and port automation could prove to be sticking points.

The last time the two sides came together to work out a deal was in 2014, but their failure to compromise led to a nine-month standoff that disrupted cargo throughput at the ports.

This latest round of negotiations comes as ports in the U.S. continue to process record amounts of cargo and battle congestion amid the pandemic-fueled import surge that began in Summer 2020.

U.S. Labor Secretary Marty Walsh has said he will be monitoring the negotiations and will be ready to get involved as needed.