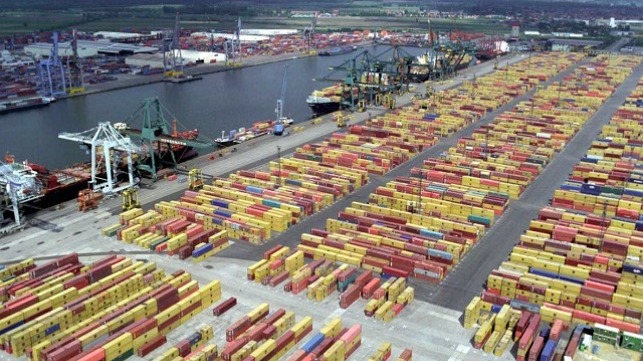 The European Freight Forwarders Association (CLECAT) and the European Shippers’ Council (ESC) are calling on the European Commission to act in response to current practices of the shipping lines as it relates to charges and booking practices during the current boom in container shipping. Saying that the shipping lines’ practices are hurting smaller businesses and risking Europe’s economic recovery, the associations have joined others around the world that have called on regulators to respond to the current shipping issues.

In a joint letter recently sent to the Competition Directorate of the European Commission, the shippers and forwarders organizations outlined the practices the shipping lines have adopted as traffic soared from Asia. The letter says that small European businesses are being particularly affected, but that the adverse consequences of carriers’ practices are being felt equally by many larger companies, including retail, fashion, automotive, cosmetics, and IT businesses.

The associations cited the violation of existing contracts, the establishment of unreasonable conditions concerning the acceptance of bookings, and the unilateral setting of rates far above those agreed in the contracts.

“Carriers have been reserving for themselves the ability to change rates whenever they see fit,” contends the association saying that this is being done regardless of agreed rates and charges. Carriers they contend are imposing unfair surcharges and general rate increases. Shippers they report are also being refused bookings at contract rates forcing shipments to instead go at spot rates.

They are also citing the equipment imbalance surcharges that carriers are imposing due to the shortage of containers. The associations blame the carriers for creating the container shortages due to their canceling of sailings earlier in the year combined with the lack of reliability. “If carriers decide to ship empty containers back to China for commercial reasons, is it doubtful whether it is justifiable to implement an equipment imbalance surcharge,” says the letter to the EC.

Last year, shippers, forwarders, terminal operators, and others in the maritime supply chain expressed their dissatisfaction with the EC’s decisions blocking increased regulation for liner shipping. ESC and CLECAT said they will meet the EC to further demonstrate the damage carriers’ behavior is causing to trade growth and they are calling on the European Commission to take actions similar to those of competent authorities in other parts of the world.