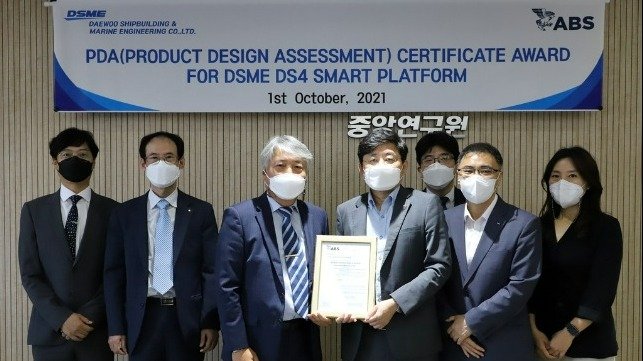 As cases of cyberattacks in the maritime industry increase, the South Korean shipbuilder said it intends to start installing its DSME Smartship Solutions (DS4) in ships after winning approval from the American Bureau of Shipping (ABS).

DS4 is designed to protect the data and software of ships from hacking and will be installed in more than 30 vessels. With the approval, DSME can install the solutions into ships without an additional cyber security assessment.

“We believe this certification will serve as a cornerstone to advance the era of autonomous ships,” said Choi Dong-kyu, DSME’s R&D institute head.

South Korea is determined to be a global frontrunner in developing autonomous ships. The technology had been touted as the next generation of high-value-added ships, designed to replace the crew’s decision-making with intelligent and autonomous systems through the convergence of artificial intelligence, the Internet of Things, big data, and sensors.

However, the push towards smart ships faces risks from cyberattacks. Globally, cases of cyberattacks targeting shipping companies, ports authorities, and ports infrastructure have been on the rise. DSME was itself targeted in June, when hackers attempted to breach the company’s computer systems.

MSC suffered a network outage in April 2020 from a malware attack, while CMA CGM was hit with a ransomware attack in September 2020. Even the International Maritime Organization was recently targeted by a cyberattack, forcing some of its services offline.

“To date, most cyber incidents involving shipping have been shore-based incidents, such as attacks against ports and shipping companies themselves. But cyber threats to vessels will increase as more ships are linked to onshore navigation and performance management systems,” said the Safety and Shipping Review 2021 report by Allianz.