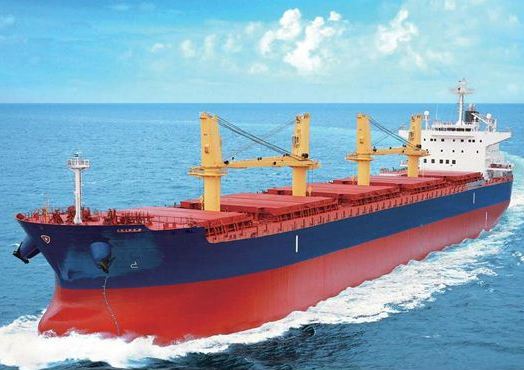 Newbuilding orders for dry bulk carriers seem to be on the up. In its latest weekly report, shipbroker Allied Shipbroking said that “it was an interesting week in the newbuilding front, with news over a fair number of fresh orders emerging especially in the dry bulk sector. It has certainly been a positive period for the dry bulk market, with buyers’ sentiment having improved significantly during the last couple of months due to the resilience of freight rates, which has shaped a promising outlook for the coming quarters. Last week, we noted newbuilding activity being focused between the Capesize and Supramax sectors, with the majority of buyers being located in the Far East. On the tanker front, activity was less impressive last week with the orders for only 4 MRs coming into the light. Interest in the crude oil tanker market has remained minimal for now, with few new orders being seen. The uninspiring freight market and the poor fundamentals in the segment has curbed appetite and it is not expected to turn around anytime soon. The gradual decrease in newbuilding prices has yet to entice any considerable increase in buying appetite for the time being, while it looks as though this will continue to be the case for the coming months.

In a separate note, shipbroker Banchero Costa added that “in the tanker sector, Zhejiang Rongsheng Holding Group signed an agreement with CSSC Group to build up to 30 VLCC. Vessels will be utilized to transport crude oil from Middle East to China. Building yards are not defined yet, however probably orders will be shared amongst Shanghai Waigaoqiao, Guangzhou Shipyard International and Dalian Shipbuilding Industry. We believe prices should be around $84/85 mln. Always in China, Singapore based owners placed an order at Penglu Zhongbai Jinglu to build 2 x MR2 tankers: vessels to be EMEC design and to be delivered for June and December 2022. In the dry bulk segment, Eastern Pacific Shipping, Singapore placed an order for 2 x Newcastlemax units 210,000 dwt at SWS shipyard with delivery between end 2021- beginning 2022: vessels to be financed by China Development Bank and will be given on long tc to RWE, Germany”, said the shipbroker.

Meanwhile, in the S&P market, allied said that “on the dry bulk side, it was a rather strong week for the SnP market in terms of activity. The main segments in this, were the medium to smaller sizes. In the Supramaxes, we witness a keen interest for units in the 10-yr age group region. However, with freight returns clearly softening on a y-o-y basis, as well as, the fact that the market seems rather unable to push things further from the current levels, we can’t expect buying appetite to remain stable (in the long-run at least). In the Handysizes, given the upward momentum noted in earnings since the start of the summer period, we can anticipate a vivid SnP market to hold for the near term. On the tankers side, it was also a firm week, with a plethora of fresh deals coming to light. For the time being, we witness a relatively attuned activity across most of the main segments. If the bigger sizes follow closely too, we can hope for an interesting SnP market to develop during the final quarter of the year.

In a separate note, Banchero Costa added that, “in the dry bulk segment, several negotiations and transactions took place on a weekly basis. During the week a Capesize ‘Sideris GS’ 174,000 dwt built in 2006 at SWS was sold to undisclosed buyers for $11.5 mln. Polembros of Greece purchased Post Panamax bulker “Double Paradise” 95,700 dwt built in 2011 at Imabari with SS/DD freshly passed and BWTS installed at $16.25 mln circa. Flavour of the week were the Supramax 56/58,000 dwt bulk carriers around ten years old being highly discounted: it’s no surprise that at least six units were reported sold in the last 5 days only. The tanker segment kept being definitely slower as there are mixed feelings about the present and the future. Several analysts are predicting a grim 4Q 2020 however barrel for sure will play a dominant role as it may again reoccur a contango situation. During the week another S.E. Asian (Vietnamese) player was on the highlights as he was the highest bidder on Aframax “Pelagos” 111,700 dwt built in 2005 at Hyundai Mipo with SS/DD freshly passed for $14.8 mln. Greek Buyers Spring Marine purchased MR2 “Ocean Laurel” 46,500 dwt built in Naikai, Japan with SS/DD also passed for $15.4 mln (but no BWTS installed)”, the shipbroker concluded.