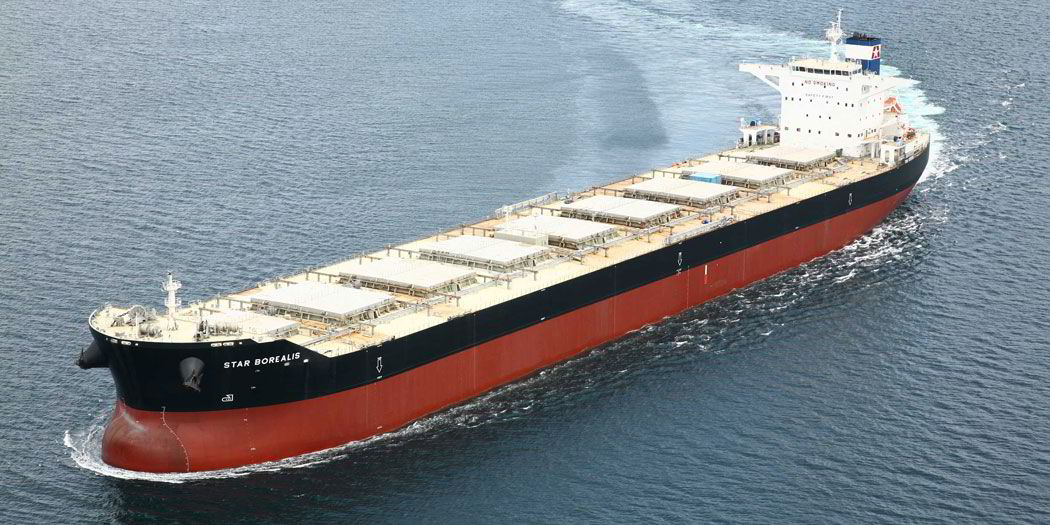 The Capesize market has retreated sharply after crossing the key $40,000/day mark in early May as mining majors, trading houses and ship-operators took a breather and dented the strong sentiment witnessed over the last two months.

The downward spiral in the Capesize freight rate continued for a ninth straight session on June 7 with the Platts Cape T4 Index for non-scrubber ships assessed at $19,795/d, down 43.5% over two weeks and falling 55% from $44,233/d — the highest level reached since S&P Global Platts first launched the assessment on Nov. 1, 2019 — on May 5.

The freight rally has been arrested largely due to activity levels petering off in the Atlantic region along with a burgeoning tonnage supply further exacerbated by holidays in the key shipping hubs of Singapore, China, Brazil, and continental Europe.

Market participants said the excess tonnage supply was caused by the increase in the number of ships leaving the North Atlantic and Indian ports in search of fresh employment.

In addition, the ballooning list of ballasts with some ships drifting around the Cape of Good Hope, has weighed on sentiment as demand from Brazil and the North Atlantic markets are not picking up fast enough, sources said.

“The over-supplied situation continues to undermine any potential support in the freight rates, which will continue to creep down,” a ship-operating source said.

“There were too many vessels holding out for better rates and now they’re forced to [accept] lower rates,” another ship-owning source added.

A saving grace for the Capesize market is the resumption of coal supply out of Ecuador’s Puerto Bolivar, although it will take time to move cargoes from the mines to the port by train, a Europe-based ship-operating source said.

“Brazil’s May [iron ore] exports were slower than expected as a good number of dedicated tonnage were waiting to load from its ports,” a shipbroker said, adding that this ended up impacting the spot demand for the June loading window of standard Capesize ships.

Market participants said that while Brazil’s iron ore export volumes had improved recently, it took time for the freight market to rebound as the early ships were not fully absorbed.

The weak freight levels out of Brazil has forced a correction in the time charter equivalent, or TCE, spread between the Atlantic and Pacific markets, which has made it almost a default for shipowners as well as operators to keep their tonnage in the Pacific basin, a Singapore-based shipbroker said.

The shipbroker added that unless tonnage demand for June loading dates increases, the Capesize market rates at both basins may come under further pressure.