DP World To Upgrade Southampton Facility Ahead Of Freeport Status 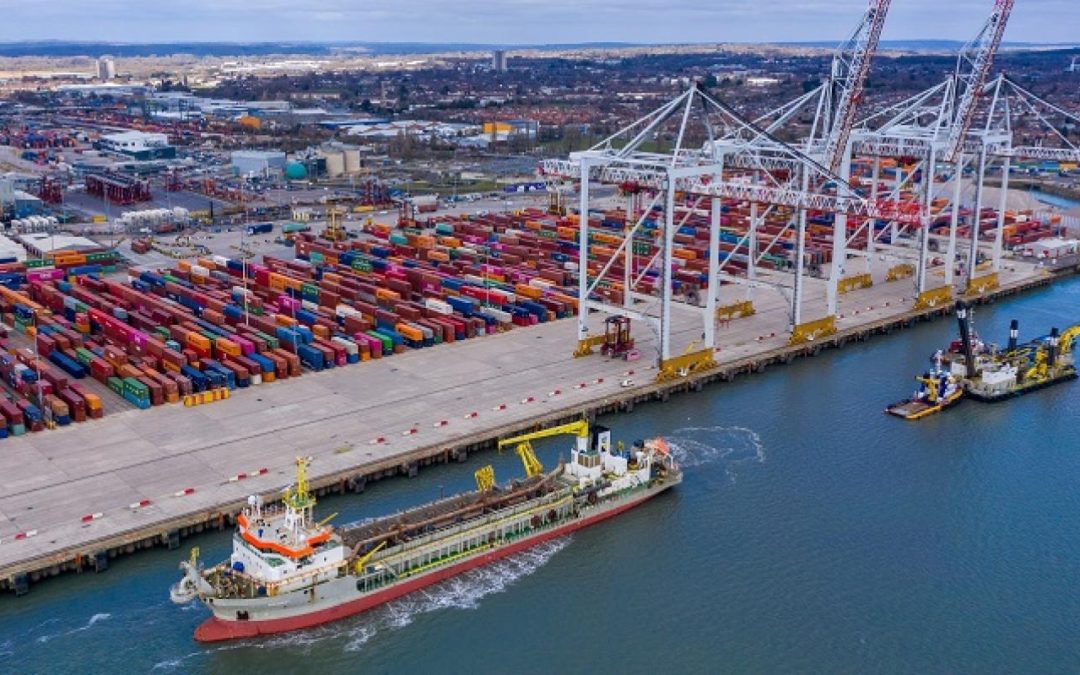 DP World has announced that this year it will invest £40m in a major programme of improvements to its container terminal in Southampton.

The plan for the UK’s second largest box terminal is with a view to taking DP World Southampton “to the next level as a premier international freight and logistics hub.”

The investment will take place ahead of the Solent region – combining the neighbouring ports of Southampton and Portsmouth – beginning operations as a ‘Freeport’, a move expected to happen later this year.

• Dredging and widening of berths to ensure DP World Southampton will be able to continue to accommodate the world’s biggest ships, a project already started earlier this year in partnership with port landlord Associated British Ports;

• £10m investment in a new class of 11 hybrid straddle carriers consuming up to 40% less fuel than the existing diesel-electric ones;

• A planned £3m investment in the redevelopment of the yard for the storage and delivery of customers’ empty containers, thereby increasing capacity by 25%;

• Extension of a quay crane rail by 120 m to ensure that the world’s biggest cranes can service all berths at the terminal, accompanied by relocation or decommissioning of other quay cranes.

“This £40m programme of investment will ensure that our Southampton terminal continues to grow as a major freight and logistics hub,” said Ernst Schulze, chief executive of DP World in the UK. “We are already seeing a surge of interest from companies which want to take advantage of the customs zone and tax benefits resulting from Southampton and London Gateway becoming Freeports.”

Improvements to the container terminal are also expected to ease the congestion that Southampton, like many ports around the world, has been experiencing as the world tries to catch up from the effects of the pandemic – exacerbated in the UK’s case by the need for greater paperwork and inspections following Brexit.

Indeed, Freeports forms a central plank of the UK Government’s post-Brexit economic strategy to boost trade and create new jobs. Intended to focus on green technologies, will receive exemptions from tariffs on goods that are imported, altered and re-exported without entering the rest of the UK, as well as tax incentives in areas such as employers’ tax contributions and property development.