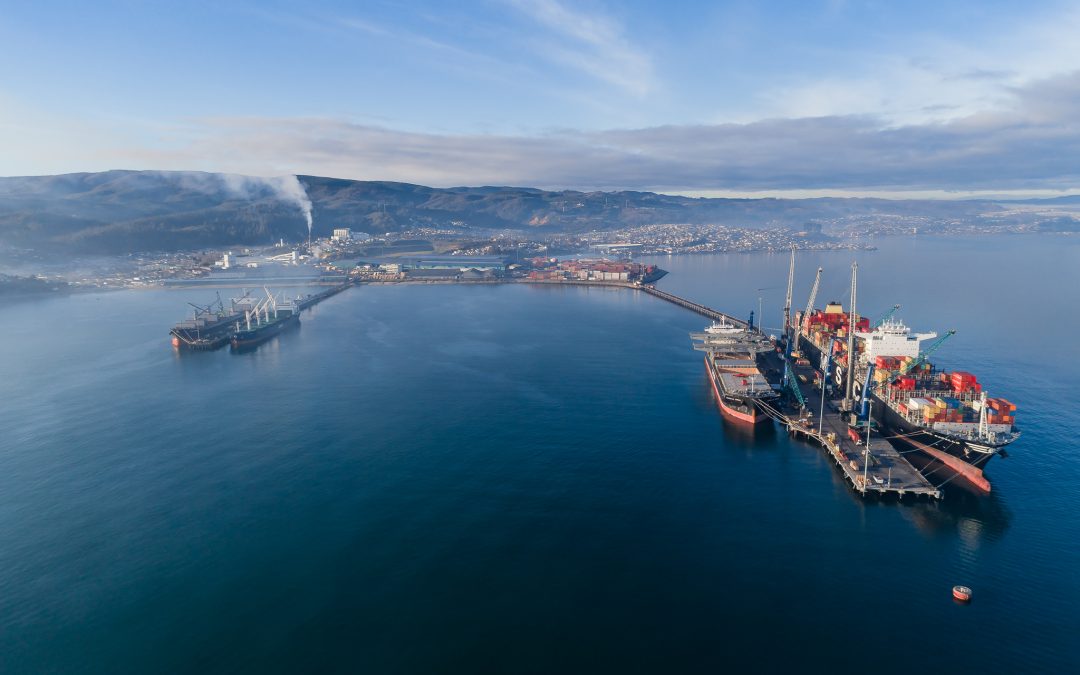 A third similar crane will be added and the port equipment form part of a $45m investment.

“Thanks to new investments bordering $45m, DP World Lirquen will consolidate itself as the largest multipurpose terminal in the Region,” said Michael Spoerer, General Manager of DP World Lirquen.

“The two new cranes are the most modern of their kind and have a 22-row capacity, together with yard support equipment such as Reach Stackers and Port Trucks to accompany the increase in productivity at the dock, in addition to the incorporation of Optical Character Recognition (OCR) technology, which will use modern technology to speed up the process and improve the terminal’s safety, “ he added.

The new cranes include energy-saving technology, which is projected to increase productivity by 30% and reduce the carbon footprint by 11%, resulting in direct benefits for customers’ cargoes and improved service quality. This is in addition to the recent 30% footprint reduction using 100% clean energy, explained Spoerer.

“This investment confirms DP World’s decision to enhance the commercial offer it currently provides on the West Coast of South America and to be a long-term strategic facilitator of cargo for Chilean importers and exporters. Productivity and efficiency at the docks of Puerto Lirquen is increasing strongly, thanks to investments, operational redesigns, and the support of our workers, which have translated into benefits for our customers, both in containers, cellulose ships, ships with wind turbines,” he said.