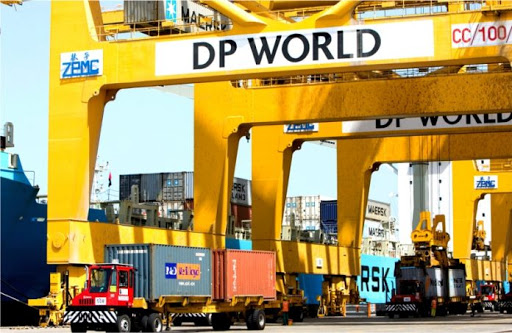 Mumbai-listed Shreyas Shipping is the Indian flagged vessel owning unit of Transworld Group, running a fleet of 13 ships, the largest along the Indian coast.

Shreyas has a market share of over 90 per cent in the export-import (EXIM) transhipment business and more than 52 per cent in the domestic container business. It is a preferred partner of most Main Line Operators (MLOs) for EXIM transhipment services at various Indian ports. It also runs a service to Colombo and Jebel Ali in Dubai.

The deal would be DP World’s third acquisition in the container feeder segment in two years since it ventured into this business seeking to build an end-to-end logistics capability by offering integrated services.

“The deal is at a very advanced stage,” said a person briefed on the talks. “Since promoters of both the companies are based in Dubai, relations at higher levels are very good,” he said. “An Indian flag carrier going into foreign hands would be an interesting development,” he added.

DP World ventured into feeder operations in 2018 by acquiring Unifeeder, which runs feeder and shortsea services around Northern Europe and throughout the Mediterranean and Northern Africa regions.

In December 2019, Unifeeder acquired a 77 per cent stake in Singapore-based Feedertech Group which provides similar services connecting ports in South East Asia, the Indian subcontinent and the Middle East.

DP World has now integrated the acquisitions on to one platform, creating a feedering and shortsea network, serving hundreds of ports across the globe.

The Unifeeder and Feedertech platforms further strengthen the capabilities of DP World’s main ports in Dubai’s Jebel Ali, and ports in India, Africa and Europe as key hubs of the world’s trade, as shippers and consignees worldwide can ship goods via the most important ports of DP World to final destinations across the Middle East, South Asia, Europe and Africa, using DP World’s integrated land and marine logistics network, it said.

The Unifeeder Group is now working on further expanding its coverage to include additional trade routes and destinations, thereby linking more areas to the global economy.

The next and imminent stage of this development will be to launch a dedicated and efficient India-Gulf region service, which is an important route for our customers, the company said.

“DP World’s vision is to become the leading end-to-end supply chain solutions provider. Our smart logistics and feedering and shortsea services, combined with our network of ports, terminals and storage facilities around the world, together with our increasing logistics capabilities on land, as we own rail services in Europe and India, mean that we can offer truly innovative solutions to our customers,” Sultan Ahmed Bin Sulayem, Group Chairman and Chief Executive Officer, DP World, said on June 30.

DP World has invested $1.2 billion in India since 1997 and is currently the only foreign port operator running six terminals at Mundra, Jawaharlal Nehru Port Trust, Chennai, Cochin and Vizag, with a combined capacity of over six million TEUs, accounting for a market share of about 30 per cent of India’s annual container volumes shipped through its ports.