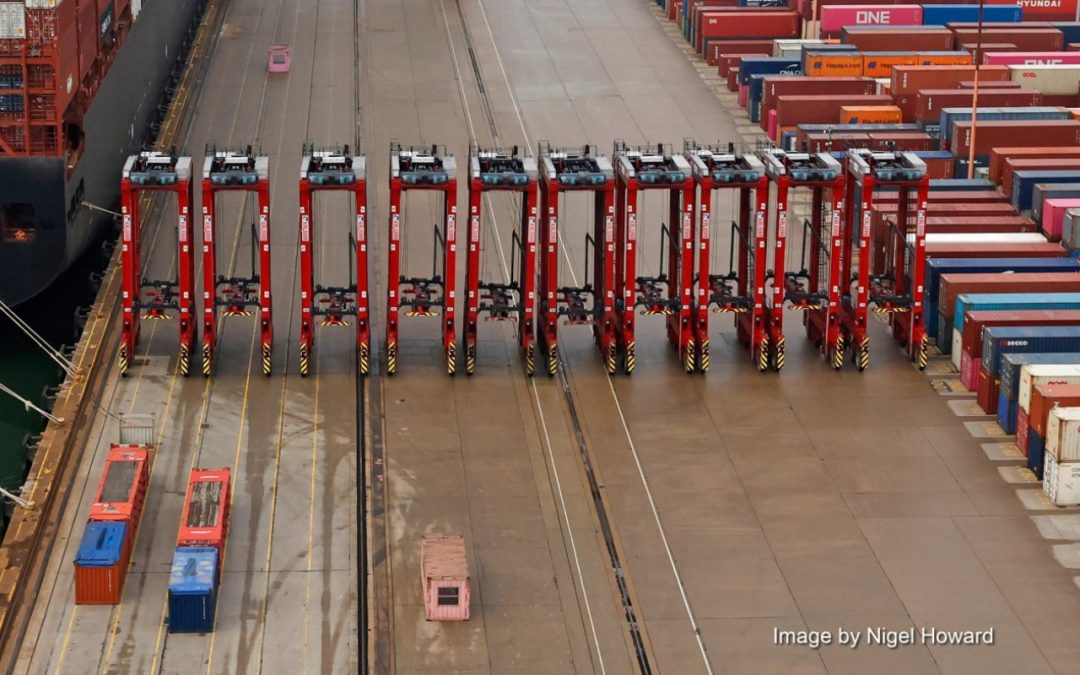 The delivery of 11 new straddle carriers tops off DP World’s £40m investment in the UK port of Southampton in the last 12 months.

The group said the £10m fleet of straddle carriers will consume up to 20% less fuel than the outgoing diesel-electrics.

Ernst Schulze, UK Chief Executive of DP World, said: “The £10m cost of the straddle carriers is part of DP World’s ongoing £40m investment in Southampton and should be viewed alongside the recent announcement that we will begin work on a £300m new fourth berth at our London Gateway logistics hub. As these major investments show, we believe in the UK market and have the ambition and the resources to boost growth, support businesses, create jobs and improve living standards.”

In the past year, Southampton has also had extensive berth dredging, a £1.5m, 120-metre extension of quay crane rail and a £3m empty park which opened in September.