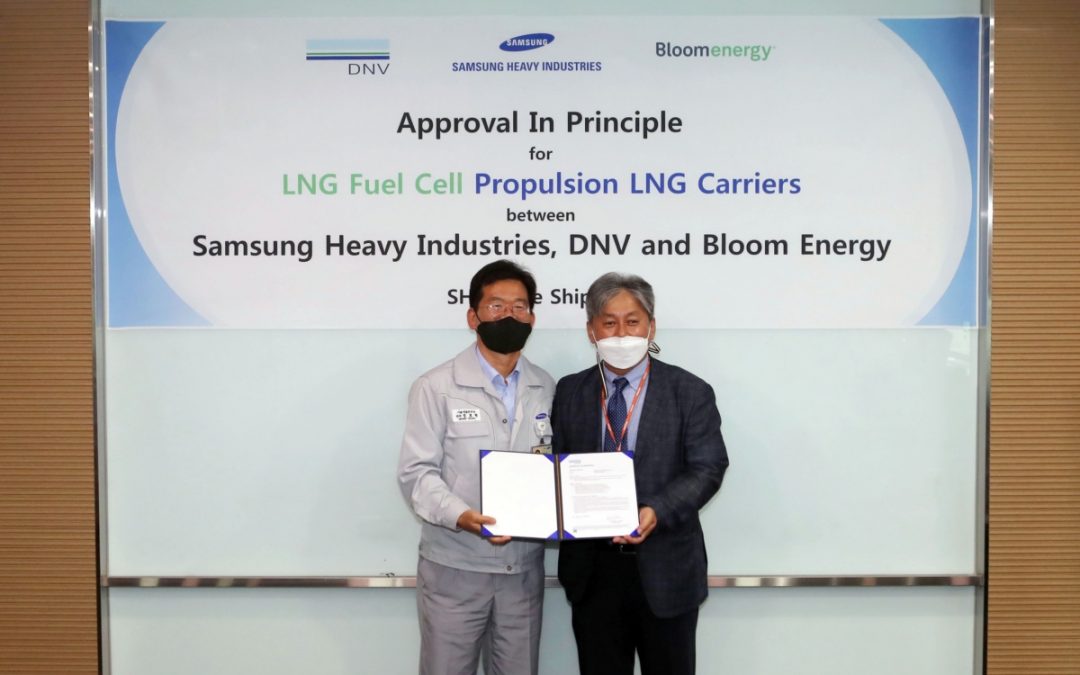 According to Samsung Heavy, this will be the world’s first large cargo ship powered by solid oxide fuel cells (SOFCs) running on LNG.

The shipbuilder sees this innovation as playing a key role in exceeding the 50 per cent emissions reduction target, set by International Maritime Organization (IMO).

This kind of ship does not require engines or other equipment that uses oil, thus reducing harmful emissions.

In order to design and develop such ships, SHI joined forces with Bloom Energy, the U.S.-based manufacturer of solid oxide fuel cells. This cooperation and development were announced back in 2019.

After receiving DNV’s approval for the design, SHI plans to conduct demonstration tests of the vessel at a testing facility in SHI’s Geoje shipyard.