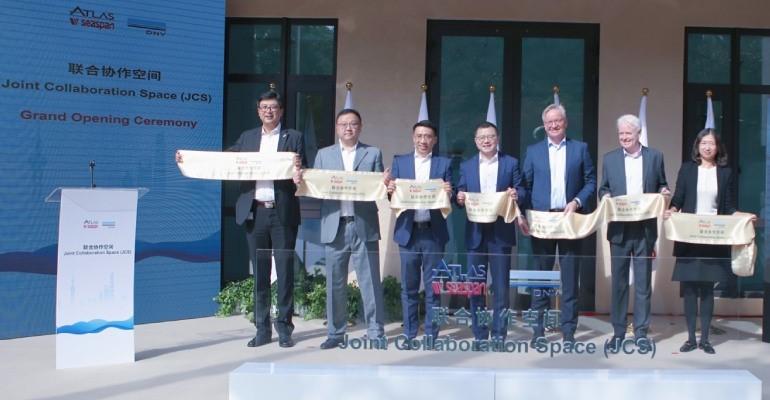 Bing Chen, Atlas President said “The establishment of a JCS in Shanghai marks a significant milestone of the partnership between the two entities. The JCS shall serve as an interactive platform for expertise across the two entities to exchange experiences and insights. We look forward to the strengthening of our collaboration and joint expansion into new areas including onshore and offshore renewable energies, decarbonization and digitalization, which Atlas has been strategically focusing on.”

Knut Ørbeck-Nilssen, DNV Maritime CEO, said: “The JCS in Shanghai is a new and exciting dimension of our strategic partnership, ensuring easy access to expertise in decarbonization and digitalization, and deeper cooperation between our leadership teams in Asia.”

DNV and Seaspan’s collaboration spans more than two decades. DNV has been an instrumental partner in Seaspan’s rapid container fleet development which now comprises 201 vessels including newbuilds, with the majority of ships classed by DNV.

The JCS shall continue to support ongoing and future newbuild programs of Seaspan in Asia, and further facilitate new areas of cooperation beyond the maritime industry, such as renewable energy and R&D.

Norbert Kray, DNV Maritime Regional Manager for Greater China, said: “It’s our great honor to host this collaboration space in our Shanghai headquarters. Seaspan has ordered 70 ships since 2020, of which 60 will be built in Chinese shipyards, the majority under DNV class. I believe the JCS will play an instrumental role in delivering these projects safely, to time and to the highest quality.”