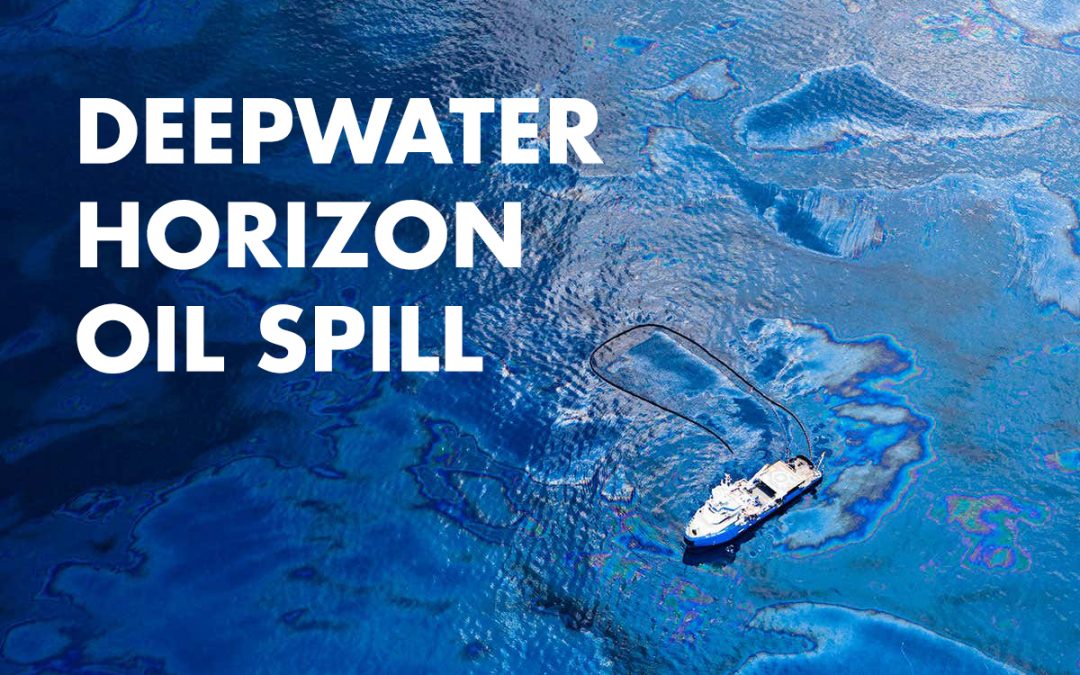 Did you ever see the reaction on someone’s face when they hear the word ‘EXPLOSION’ or when they actually witness the ‘EXPLOSION’? A lot of us must have heard or experienced it and as devastating as it is, it leaves an ever-lasting impact not only on the lives but on the environment too.

Moving on to the next in our Series of Major Oil Spills in the History of Maritime, the Deepwater Horizon rig incident is considered the world’s largest accidental marine oil spill to date that shook the Marine Industry to its core. Owned and operated by offshore oil-drilling company Transocean and leased by oil-company British Petroleum limited, Deepwater Horizon was a Mobile Offshore Drilling Unit situated at Macondo field off the coast of Louisiana.

On April 20, 2010, the Deepwater Horizon oil rig exploded, causing what has been called the worst environmental disaster in U.S. history and taking the lives of 11 rig workers and injuring 17 others out of 126. For 87 straight days, oil and methane gas spewed from an uncapped wellhead, 1 mile below the surface of the ocean. The federal government estimated 4.2 million barrels of oil spilled into the Gulf of Mexico. Although the BP executive refused to take any responsibility for the accident and blamed the contractors, it was reported that BP as the owner of the well was ultimately responsible for the accident. Further in January 2011, Tony Hayward, CEO, BP, commented that the incident was a “Black Swan” indicating it was out of the blue or just bad luck.

It was reported that the central cause of the Deepwater Horizon Oil Spill was the failure of cement at the base of 18,000 – foot deep that was supposed to contain oil and gas within the wellbore. Deepwater Horizon was designed to work in hard surface condition and great depth up to 10,000 feet with a group of 135 faculties, it did not fix its position to any particular point but varied using thrusters and propellers depending on the well. Also, BP was inconsiderate to the substantial deck territories with control and operations space, helipads, and stacking docks. All these together resulted in the explosion enabling the oil and gas leak that went on for another two and a half months.

The Deepwater Horizon Oil Spill that took place in the Gulf of Mexico is one of the largest environmental disasters with an extensive impact on human health and wildlife. Many scientists have used multiple factors to estimate the number of animals that were harmed due to the accident.

The scientist also found that the oil spill likely harmed or killed about 82,000 birds of 102 species; about 6,165 sea turtles; as many as 25,900 marine mammals; and a vast number of fish — from the great Bluefin tuna of the smallest seahorse — plus oysters, crabs, corals, and other creatures. Besides destroying underwater areas, including substantial habitat for the rare dwarf seahorse, the oil spill occupied more than a thousand miles of shoreline, including beaches and marshes. This took a terrible toll on species like seagrass, beach mice, and shorebirds. Furthermore, the marine mammal researcher concluded that the explosion affected many mammals and other aquatic habitats resulting in failure of their reproductive system and organ damage.

The researcher also stated that the health data of the people who were engaged in oil spill clean-up had shorter follow-up periods, and primarily discovered acute health symptoms. Acute health impacts were studied for up to one year after oil spill exposure in workers and affected community members to assess anxiety and post-traumatic stress, eye and skin irritation, and respiratory tract consequences. As a result, both the health of humans and sea lives were declined. The clean-up worker treated the Deepwater Oil Spill with over 1.4 million gallons of various chemical dispersants. The various clean-up efforts were coordinated by the National Response Team, a group of government agencies headed by the U.S. Coast Guard and the Environmental Protection Agency. BP, Transocean, and several other companies were held liable for the compensation.

Over the course of 87 days, the nation watched in horror as numerous attempts to cap the gushing Macondo well failed. Eventually, the flow finally stopped on July 15, 2010.

The fallout of this catastrophe included the tragic loss of marine life, workers’ lives, and damaging effects on many gulf coastal residents, and economic disaster that is still unfolding. In order to avoid future disasters, an extensive revision was made to offshore drilling regulation which was issued in April 2016.