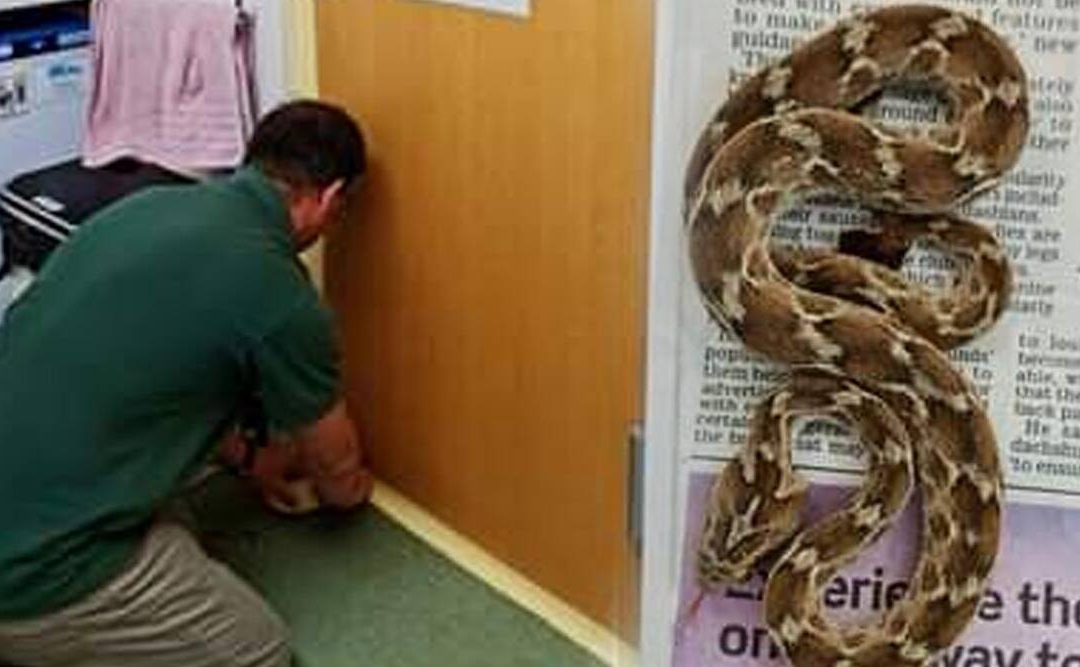 The team sealed the room where the snake was kept, along with warning signs, and are now awaiting a response from an appropriate facility that has handled deadly snakes before.

In a frightening incident, a deadly snake was found in a container shipped from India to the UK.

The staff of an English animal hospital were left startled after they received a call from a local stonemasonry firm about an aggressive and deadly snake trapped in a box that had been shipped from India. In a Facebook post, the South Essex Wildlife Hospital shared details of the incident.

“In addition to many British wildlife species coming in today we also had a call about a critter that is definitely not in the country it should have been,” began the post.

“We had a call regarding a stowaway snake that had arrived in a shipping container from India. As it was identified as a saw-scaled viper and having had one before we understood fully the gravity of just how dangerous these reptiles are, they are way up there in the top few most deadly snakes (it is believed to have killed more people than all the other species combined).”

After reaching the store, the rescue team locked the snake. “The authorities that had already been contacted were not responding to the situation so our reptile experts Steve and Tom the vet collected the very agitated and aggressive animal before someone was likely killed. It is now in a locked box in a sealed room.”

The team then sealed the room where the snake was kept along with warning signs and are now awaiting a response from an appropriate facility that has handled deadly snakes before. “We are glad not to have to deal with venomous creatures too often but feel sad for the snake that we can’t give it its freedom and get it back home.”

In an interview, hospital founder Sue Schwar said that people who had found the snake were very lucky to not have been killed.