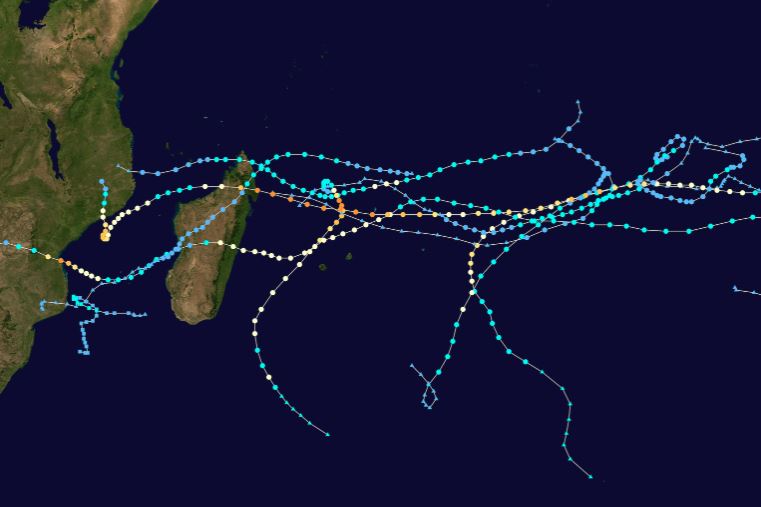 The deadly cyclones and tropical storms that battered southern Africa this year were made more severe by climate change, according to 22 scientists collaborating under the World Weather Attribution initiative.

Rainfall data associated with two of the three tropical cyclones and two other tropical storms that tore across Madagascar, Mozambique and Malawi over a period of six weeks showed that climate change likely resulted in heavier precipitation, according to the study. The disasters killed 230 people and affected more than 1 million.

“The finding is consistent with scientific understanding of how climate change, caused by human greenhouse gas emissions, influences heavy rainfall,” WWA said in a statement on Monday. “As the atmosphere becomes warmer it accumulates more water, increasing the risk of downpours.”

The study adds to evidence that Africa, which accounts for the smallest proportion of greenhouse gas emissions of any continent, is suffering the most from global warming. Adverse weather events, from cyclones to droughts, are hitting the continent more frequently than in the past and shifts in rain patterns are disrupting crucial agriculture.

“Again we are seeing how the people with the least responsibility for climate change are bearing the brunt of the impacts,” said Friederike Otto, a climate scientist at Imperial College London who co-leads WWA.

Madagascar, Mozambique and Malawi are among the poorest countries in the world and have little industry that generates the carbon pollution causing global temperatures to rise. Cyclones and storms have hit them anyway, in recent years wrecking ports, flooding crops and leaving many homeless.

The precise contribution of climate change to the rainfall associated with the storms — named Ana, Batsirai, Dumako, Emnati and Gombe — could not be determined due to incomplete weather data in the region, WWA said. In Mozambique, only four of 23 weather stations in the affected areas have data going back to 1981. There was no suitable data available in Madagascar and Malawi.

WWA’s analysis focused on rainfall associated with Tropical Storm Ana in Malawi and Mozambique and Cyclone Batsirai in Madagascar. Cyclones generate winds that exceed 119 kilometer per hour (74 miles per hour), while tropical storms have wind speeds below that threshold.

“Both Ana and Batsirai caused severe humanitarian impacts in Madagascar, Mozambique and Malawi including deaths and injuries, infrastructure damage and a range of long-lasting socio-economic impacts,” WWA said.

Ana killed at least 25 people in Mozambique, destroyed more than 7,700 homes and wrecked hundreds of schools in Mozambique and Malawi. Roads were damaged, water and power supply systems disrupted and 70,982 hectares of land was flooded. In Madagascar, 58 people died, 72,000 people were displaced and tens of thousands of people lost their access to electricity.

“Climate change is elevating risk in places where tropical cyclones are already affecting agriculture, infrastructure, livelihoods and lives,” the scientists wrote. “The compounding of multiple rainfall events makes it more difficult for communities to recover and prepare for the next event.”