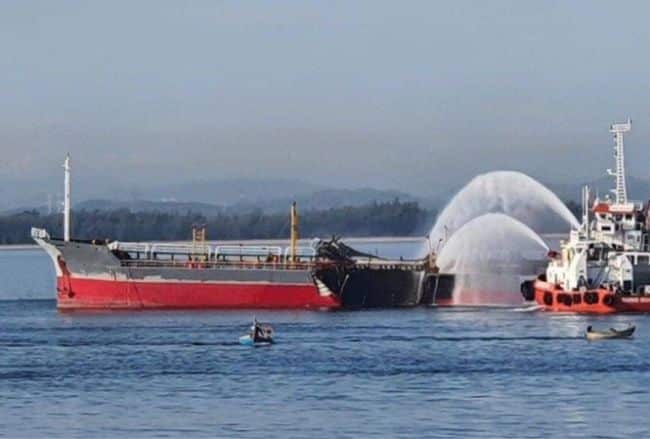 In a deadly explosion onboard the product tanker Trung Thao 36 BLC has resulted in the death of one crew member. The incident happened in the anchorage area of the Quang Ngai Port Authori in Vietnam.

One of the cargo tank located midship caught fire and eventually exploded, rupturing open the shipside of the oil tanker.

As per the port authority, the ship has 8 cargo holds and the explosion occurred in the cargo hold number 3. At the time of the explosion, there was no cargo on board the tank.

Mr. Le Van Luong, Director of Quang Ngai Port Authority, told the local media that as soon as the news of the fire and explosion was received at around 6:30 am, they immediately coordinated and deployed fire fighting tugs to the scene. Rescue operations were quickly conducted to find 12 missing crew members.

At around 7:45 am, the fire was brought under control and 11 crew members were safely rescued. However, at about 2:00 p.m. on the same day, the 12th crew member who was identified as Nguyen Thanh Ly, was found dead.

The reason behind the explosion is investigated by the authorities.