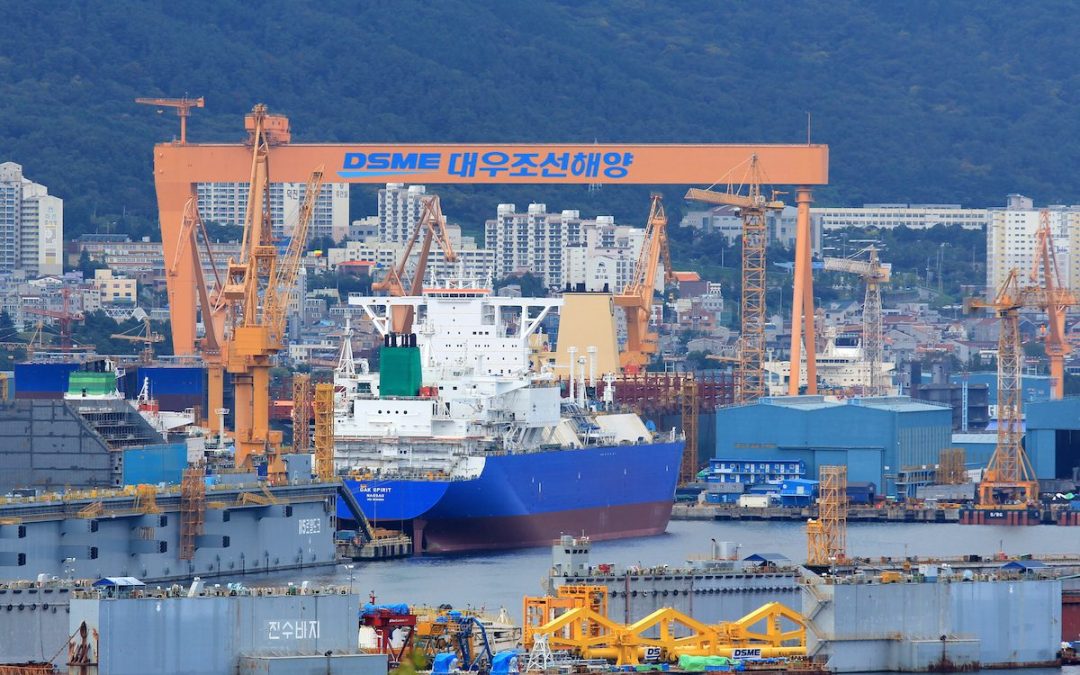 South Korean contract workers at the country’s number 3 shipbuilder agreed on Friday to end their strike after accepting a much smaller wage hike than demanded as well as job guarantees, union officials and subcontractors said.

Since late last month, about 100 sub-contractors pressing for an increase of 30% have occupied the main dock at the shipyard run by Daewoo Shipbuilding & Marine Engineering (DSME) in the southern city of Geoje.

The shipyard is one of the world’s biggest and the strike has led to delivery delays of eight vessels by as much as five weeks, just as the global shipbuilding industry is signaling a rebound.

Orders have come in as European countries rush to ramp up liquefied natural gas (LNG) deliveries to replace Russian gas supplies in the wake of the Ukraine crisis.

Union officials accepted an offer of a 4.5% wage increase and a promise of job guarantees for workers at some subcontracting firms that may be closing, a union official told reporters.

More than 90% of the striking workers agreed to accept the deal, though “No one in the union is satisfied with the tentative agreement,” another union official said.

The agreement reached on Friday also leaves open the possibility of legal action against the contract workers to recover damages after they occupied the dock during the strike.

“Concerning problems that arose from the strike process, we will respond in accordance with the law and principles,” Daewoo Shipbuilding said in a statement.

The strike was the second major industrial dispute for the government of President Yoon Suk-yeol who took office in May, after a truckers’ strike in June ground the country’s major industrial facilities and sea ports to a halt.

It came as the latest challenge for the conservative president who has promised business-friendly policies but has grappled with record inflation, affecting some of the lowest-paid workers in the country the most.

Yoon had called the strike at Daewoo illegal and hinted the police may be sent in to break it up by force.

Daewoo has previously said it expected a daily loss of 32 billion won ($24 million) from the strike, adding that the dispute had cost it more than $400 million by mid-July.

“We will put all our capabilities into making up for delayed production, and work harder for a co-operative co-existence with subcontractors,” Daewoo Shipbuilding added in a statement.