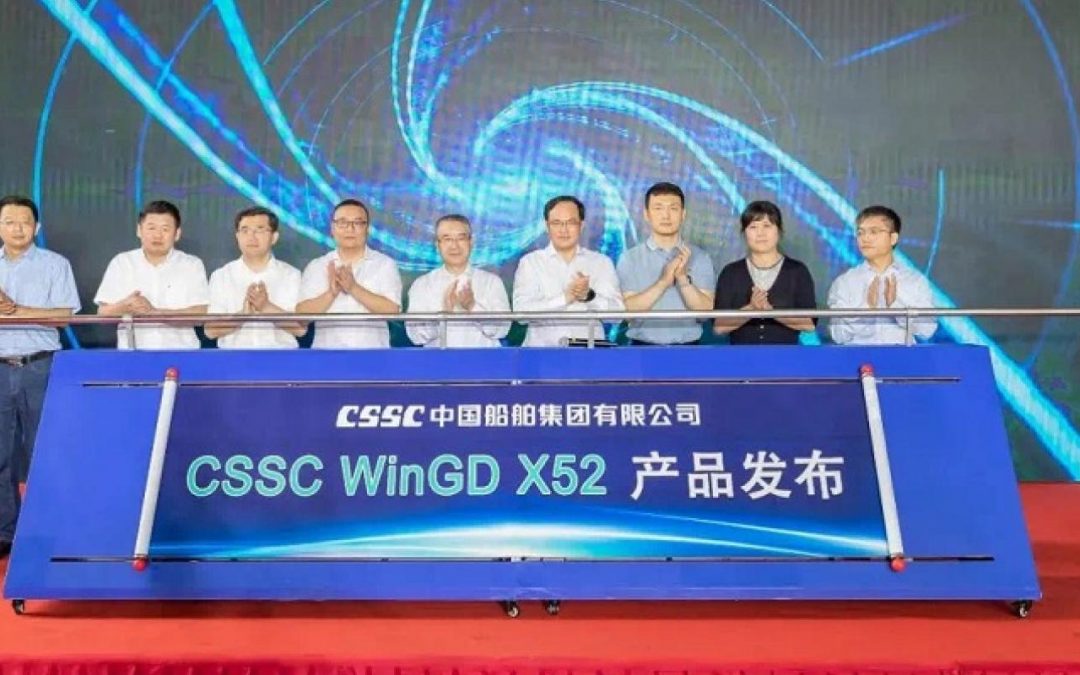 The six cylinder two-stroke engine, with a maximum continuous output of 11,640 kW, will be installed on a 50,000-tonne tanker built by CSSC Chengxi Shipyard for Japanese owner Kumiai Senpaku.

SCR is one of the most effective methods of reducing NOx emissions in line with IMO’s Tier III requirements. WinGD aims to make SCR available as a first step for single turbocharger applications of its diesel-burning X-series low-speed engines.

Yang Jincheng, general manager of CSSC said, the launch of WinGD X52 engine is another breakthrough for CSSC in marine power sector, the group will persist in self-dependent innovation and deepen cooperation with each party to promote health development of marine industry.