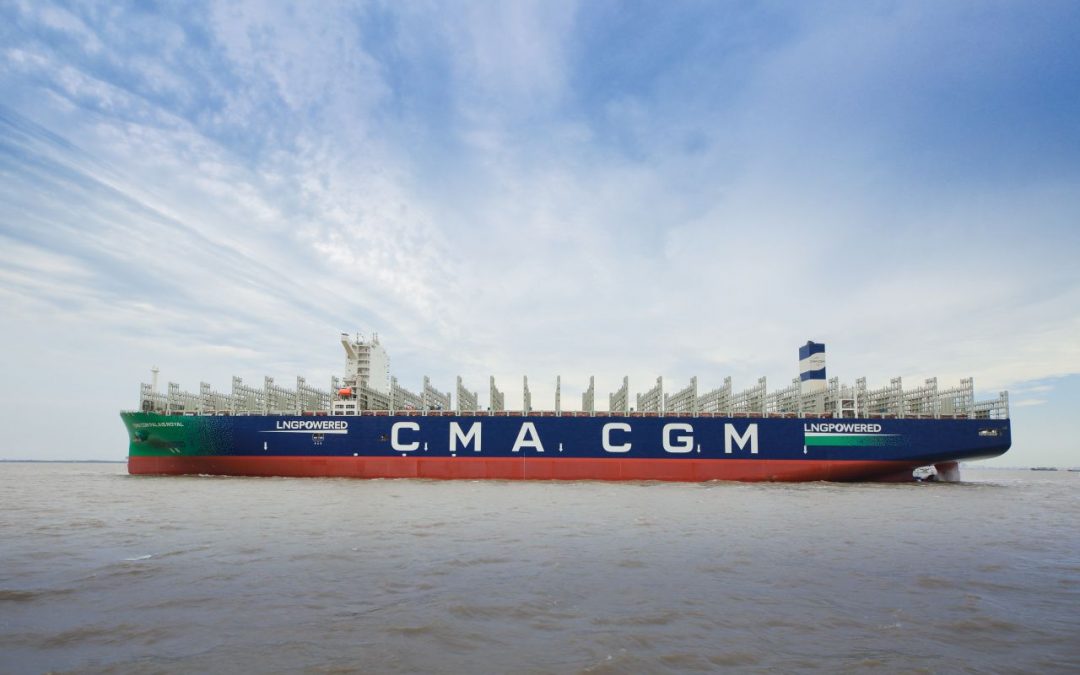 Built by Jiangnan Shipyard, the vessel forms part of a series of nine 23,000 LNG-powered vessels CMA CGM ordered back in 2017. CMA CGM Montmartre is also the third containership from the batch to be delivered by Jiangnan Shipbuilding.

CMA CMA Montmartre has departed from China heading to Northern Europe, where it will join CMA CGM’s LNG-powered container fleet. The ULCV will be put into operation on CMA CMA CGM’s flagship Asia-Europe FAL1 route.

Measuring 400 meters in length and 61 meters in width, the ships are the world’s largest container vessels to run on LNG at the moment.

They will feature WinGD’s dual-fuel engines and GTT’s 18,600-cbm fuel tank, both largest ever built.

The ships have a straight bow with integrated bulb, rudder and propeller with a redefined design that improves their hydrodynamics, thus reducing energy consumption.

CSSC added that another milestone has been achieved in the construction of one of the remining three ships.

Namely, a newbuild 23000TEU dual-fuel boxship under construction at Hudong Zhonghua, a CSSC subsidiary, successfully completed gas trials in just 6 days, setting a record for the shortest gas trials for the series.

The shipyard delivered CMA CGM Rivoli, the fifth newbuild from the 23,000 TEU series, to its owner on January 8.

CMA CGM has set a target of owning a fleet of 32 LNG-powered container ships by the end of 2022. The transition to LNG as a marine fuel is part of the company’s strategy to cut emissions and become carbon neutral by 2050.

The French shipowner wants to increase the share of alternative fuels consumed to 10% by 2023.