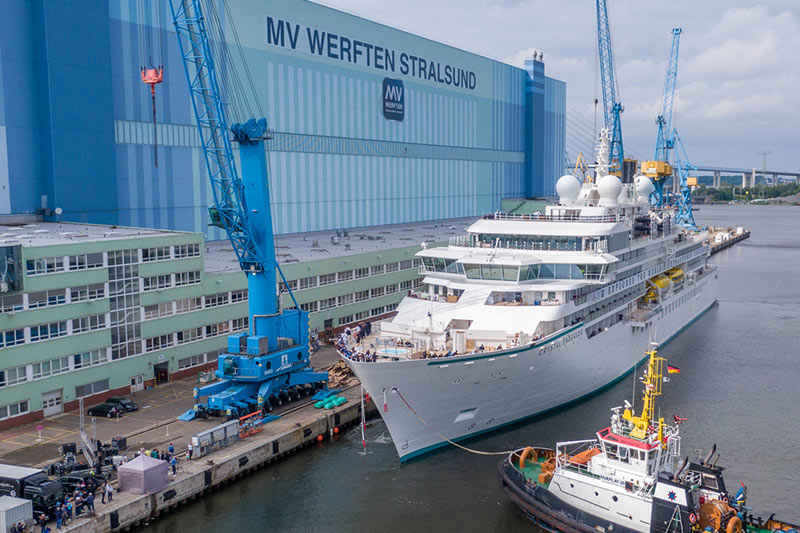 German cruise ship builder MV Werften filed for bankruptcy on Monday leaving the fate of the shipyard and its 2,000 employees uncertain, according to reports.

The bankruptcy comes after negotiations between the German government and the shipyard’s owner, Genting Hong Kong, failed to reach an agreement over financing for the remaining construction of the Global Dream, a “Global class” cruise ship being built for Dream Cruises, another Genting Hong Kong subsidiary.

Shares of Genting Hong Kong have suspended from trading on the Hong Kong Stock Exchange on Friday ahead of Monday’s announcement.

Like others in the cruise shipping sector, MV Werften and Genting Hong Kong have faced difficulties in the wake of the COVID-19 pandemic and its impact on passenger operations.

MV Werften was formed in 2016 with Genting Hong Kong’s acquisition of Nordic Yards’ three shipyards in Wismar, Rostock-Warnemunde, and Stralsund, Germany. Since 2017, the shipbuilder has delivered four Rhine class river cruises and a polar-class luxury expedition “yacht” for Crystal Cruises, also a Genting Hong Kong company. MV Werften’s largest facility in Wismar has one of Europe’s largest covered building docks and is one of only a few facilities worldwide capable of constructing some of the world’s largest cruise ships.

At 208,000 GT and 342 meters long, the Global Dream is planned to have the capacity for up to 9,500 passengers during peak times, ranking it as one of the highest-capacity cruise ships in the world. Construction of the vessel has taken place at the Rostock and Wismar shipyards, where it is reportedly about 75% completed.

MV Werften’s most recent delivery, the Crystal Endeavor, the world’s largest luxury expedition yacht, took place from the Stralsund yard in June 2021 following a EUR 193 million government loan issued in October 2020 to help fund the remainder of the construction and shipyard operations through March 2021.