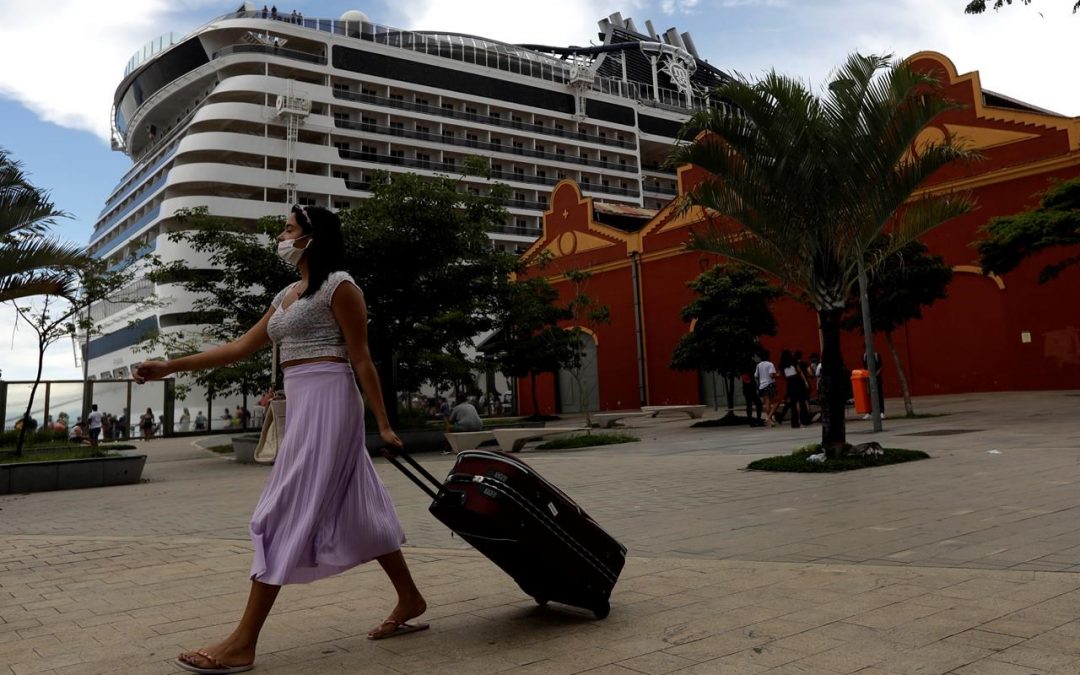 The cruise industry has decided to temporarily suspend operations from Brazil for the next three weeks after an increasing number of COVID-19 cases among passengers and friction with the federal government. Brazil becomes the first destination to suspend cruise operations in response to the recent global surge of cases.

The restart of cruising from Brazil had been approved by the federal government last October with strong expectations for the season. Government officials said they were confident in the industry’s approach to health and safety and that agreement had been reached on the protocols. They expected 36 cruise ships to make calls in Brazil with a total of 92 port visits. They projected that more than 100,000 passengers would board or disembark from cruise ships with MSC Cruises and Costa becoming to two largest companies to resume operations for the season.

The industry trade group Cruise Lines International Association Brazil issued a brief statement on January 3 saying, “cruise line members are being forced to make this decision in Brazil.” They said no additional cruises would depart for the next three weeks although ones underway would continue. CLIA Brazil also cautioned that the remainder of the cruise season, due to run till April 2022, might have to be canceled.

The actions came after Brazilian national health agency Anvisa called on the public to voluntarily avoid cruise ships for at least the first few days of the new year. The Brazilian authorities had turned critical of the cruise industry recently, accusing the industry of “Failure to follow health protocols and disobeying restrictive measures imposed by the authorities.” They said that these actions if confirmed could constitute infractions that would result in fines and the suspension of the permission to operate. In the U.S., the Centers for Disease Control and Prevention also advised against going on cruises but did not accuse the cruise lines of any failures with their actions.

In announcing the decision to pause cruise operations, CLIA Brazil said that the government had made changes to its policies and the agreements “that have directly impacted ship operation, making cruise continuity impractical at this time.” The association continues to assert that the industry has effective controls in place and that only a small portion of the population aboard cruise ships have tested positive on recent trips. However, all cruises are now canceled till January 21, 2022.

CLIA Brazil said it would seek discussions with the various organizations ranging from the Ministry of Health, Tourism, and Infrastructure as well as other authorities seeking to reach an agreement on the protocols. However, they said if an alignment on the protocols could not be restored the industry might have to cancel the remainder of scheduled voyages.

The actions by the Brazilian government toward the cruise industry came as a surprise to many based on the country’s overall approach to managing COVID outbreaks. Brazilian President Jair Bolsonaro has largely been dismissive of many health controls leading his critics and political opponents to accuse him of crimes and a failure to properly respond to widespread outbreaks.