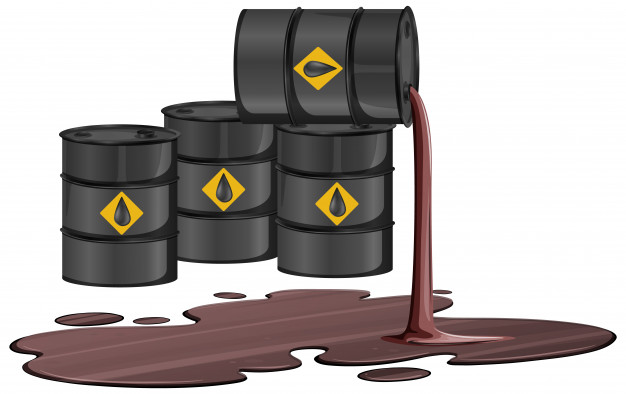 The hesitant recovery in global demand for oil looks set to grind to a halt, putting pressure on crude and products trade.

The combination of Covid-curtailed air travel and a slowdown in Chinese buying bring sad tidings for oil movements in the fourth quarter, while further waves of Covid-19 around the world are a major downside risk to demand.

Warren Patterson, head of commodities strategy at ING, said that how demand evolves is the “big unknown”, and the key risk for the oil market. “It has become clear that the recovery in oil demand from the peak lockdown period over second quarter of 2020 is taking longer than many had initially anticipated. A resurgence in Covid-19 cases, continued remote working, and the fact that international travel remains heavily restricted is weighing on the recovery.”

The Chinese helped to artificially crude lift demand in the second and third quarters, but ING expects that demand to slow in the months ahead. Add to this weak refinery margins, with refiners under pressure as they balance poor demand and large inventories. Hurricane activity in the US Gulf has further compounded problems.

“The recovery in global refining throughput is expected to slow from August to October due to the impact of hurricane shutdowns in the US Gulf and seasonal maintenance elsewhere,” said the International Energy Agency (IEA) in its September Oil Market Forecast. “Chinese and Indian refinery runs fell in July and Hurricane Laura cut short the US recovery. The hurricane shutdowns resulted in only a brief spike in refinery margins, which remain depressed due to weak demand for premium transport fuels.”

The Agency predicts oil demand for 2020 will fall year-on-year by 8.4 million b/d, more than the 8.1 million b/d seen in its last Oil Market Forecast. In 2021, the IEA expects demand to grow by 5.5 million b/d. “China continues to recover strongly while India is showing renewed weakness,” noted the IEA.

On the supply side, the OPEC+ deal is one of two standout risks, which is currently set to run all the way through 2021 and into 2022.

Between May and July, under the production cut deal, OPEC+ agreed to cut 9.7 million barrels/day, which was eased to 7.7 million b/d from August 1.

“If for some reason the deal was to fall apart, this would mean 5.8 million b/d additional supply coming onto the market in 2021, and this would be enough to push the market back to building inventories,” said Mr Patterson.

The IEA calculates that global oil supply rose by 1.1 million b/d in August to 91.7 million b/d as OPEC+ cuts eased, but was down 9.3 mb/d on a year ago. Total non-OPEC supply is expected to drop by 2.6 million b/d in 2020, before posting a modest 0.5 million b/d recovery next year.

The second supply-side risk comes in the form of the US elections, specifically in relation to the Trump administration’s “hawkish stance” with Iran. “If we were to see a Joe Biden victory, one would have to consider the possibility of the US lifting sanctions and re-joining the Joint Comprehensive Plan of Action. If this were to happen, we would likely see Iranian oil output recovering, leading to potentially more than 1.5 million b/d of supply returning to the market over time,” Patterson said.

If demand continues its gradual recovery, ING believe that stocks will decline over the further quarter of 2020 and 2021, which should see push prices up from current levels.

Taking all the risks together, ING has revised its forecast for Brent, and now expect prices to average $47 per barrel over the fourth quarter, down from its previous forecast of $50 per barrel. For 2021, its average forecast for the year remains at $58 per barrel.

The re-opening of Libya’s oil industry will put further pressure on supply and prices at a time when demand is already weak. Libya’s oil industry has been virtually closed since January because of civil war. Exports have now resumed at a number of ports and oil output is up to 250,000 b/d – from less than 100,000 b/d during a blockade of its energy infrastructure. However, it still has some way to go before production recovers to its ‘normal’ of 1.2 million b/d.

Goldman Sachs forecasts that output will rebound to 550,000 b/d by the end of the year, seen as a conservative figure by some analysts, including ING.

“In the coming months we could see Libyan supply increase from a little over 100 million b/d towards 1 million b/d,” Patterson said. “However as we have become accustomed to, it is safe to assume that Libyan supply will remain volatile moving forward.”

Despite some draw down, global crude oil stocks, according to the IEA, are still at record levels and as traders start to look for tanker storage charters again, the oil market is barrelling towards a period of renewed uncertainty.

“With the oncoming northern hemisphere winter, we will enter uncharted territory regarding the virulence of Covid-19. In last month’s [Oil Market Report], we said that the market was in a state of ‘delicate re-balancing’,” said the IEA. “One month later, the outlook appears even more fragile.”