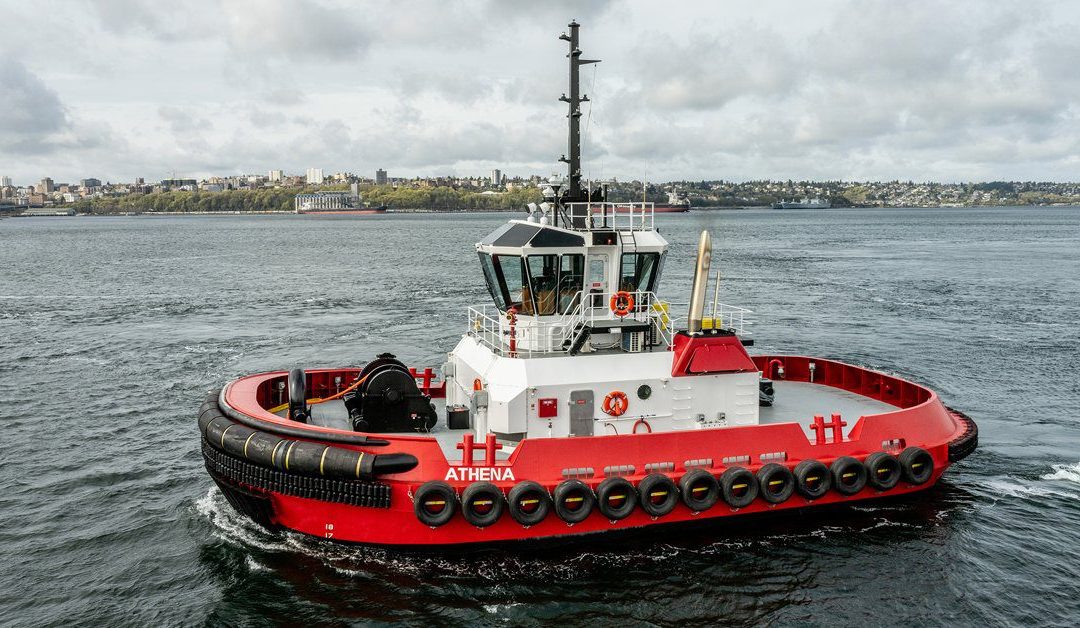 The 77-foot Athen’s compact size provides agility without compromising power, with the most bollard pull of any tug under 80 feet in the market.

The vessel operates on a pair of Caterpillar Marine 3516 Tier IV-compliant engines, resulting in lower greenhouse gas emissions while achieving a power output of nearly 6,800 horsepower and 96 tons of bollard pull.

The Athena was built by Diversified Marine Inc. and will serve the Pacific Northwest out of Puget Sound, Washington, under a charter with Brusco Tug & Barge. The vessel omplies with U.S. EPA Tier IV pollution control technology criteria and is outfitted with remote monitoring for increased vessel efficiency and data interchange.

“We are pleased to have built another record-setting tug for Crowley’s fleet. Athena is going to be a head turner in the Puget Sound,” said Frank Manning, vice president, business development and operations, Diversified Marine. “We appreciate the partnership between Brusco Tug & Barge and Crowley and look forward to continuing to move the needle in tug performance, technology and sustainability.”