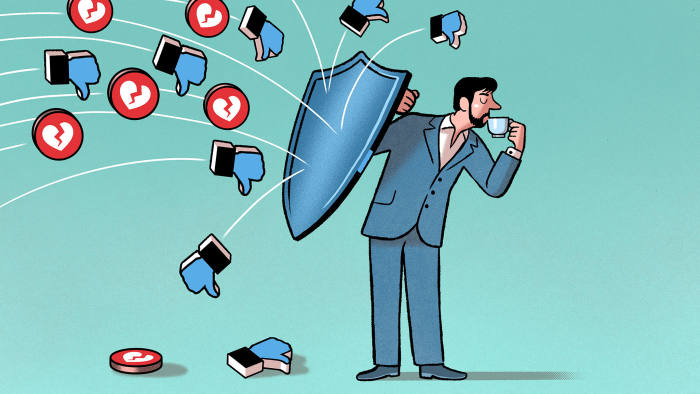 When we hear of the word ‘Criticism’, we generally believe it to be something negative that lowers self-esteem and causes stress, anger, or even aggression. The term is directly presumed to be obstructive. Knowingly or unknowingly, it is a form of communication. But what we often ignore is the fact that dealing with criticism positively is one of the important skills in life. Somehow, it gives us a new perspective and broadens our horizons to view the things clearly that we may have overlooked or considered useless.

We are humans and we tend to make mistakes, and for every action taken either good or bad, we are being judged.  Coherently, at some point in life, one is always criticized, perhaps in a professional way. Criticism is merely an individual’s feedback based on what he/she chooses to feel and at times, it is hard to digest, but to react or not is entirely up to us. Whether constructive or destructive, criticism challenges the ideas, character, or one’s ability to think. Constructive criticism can help boost morale, enhance growth, and help in being a better human being, whereas, destructive criticism builds frustration, depression, or even discouragement. Ultimately, it can either help one grow or knock one down.

In order to live a happy life, one needs to understand and analyze the criticism. The thing that defines one’s success is how he/she choose to handle criticism. Letting the negativity in will only result in self-doubt. It so happens that some individuals are critical by nature and their thoughtlessness can be deliberately malicious and hurtful. Allowing them to empower our thoughts will create bitterness and resentment in the long run. Criticism can be in any form, usually, personal criticism can come as a surprise, and sometimes it may lack sense but it may be the case that a slight on our character is a fair reflection of how another person sees us. We need to realize that being defensive of negative feedback provides an upper hand to the one who is giving feedback. And no one is perfect, examining one’s strengths and weaknesses is the key to happiness and contentment. Maintaining a positive approach should be the focus.

“The final proof of greatness lies in being able to endure criticism without resentment.” — Elbert Hubbard