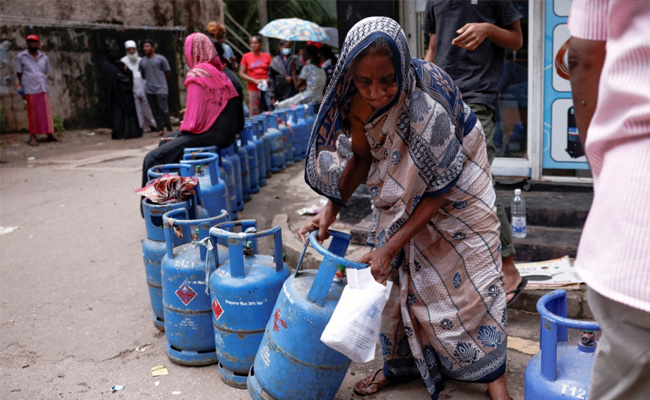 The cash-strapped Sri Lankan government has slapped a ban on the import of 300 consumer items like chocolates, perfumes and shampoos until further notice, as the island nation tried to tackle its worst economic crisis triggered by the acute shortage of foreign exchange.

Sri Lanka is going through its worst economic crisis since its independence in 1948. The worsening forex crisis caused essential items shortages triggering massive public protests in the street since early this year that led to the ouster of the Gotabaya Rajapaksa government last month.

In a special notification issued by the Sri Lankan finance ministry, the ban was imposed on a total of 300 items including chocolates, perfumes, wristwatches, telephones, pressure cookers, air conditioners, musical instruments, alcoholic and non-alcoholic beverages among several other products.

“Under imports and exports control regulations dated August 22 an import ban on a wide range of consumer items from food to machinery has come into immediate effect,” the notification said.https://imasdk.googleapis.com/js/core/bridge3.527.0_en.html#goog_1206896009

President Ranil Wickremesinghe, in his capacity as the Finance, Economic Stabilisation and National Policies Minister, issued new regulations via an extraordinary gazette suspending the import of a plethora of items, with effect from August 23, 2022, until further notice.

However, these items if shipped before August 23 and arrive in the country before September 14 would still be allowed, it stated.

In mid April, Sri Lanka declared its international debt default due to the forex crisis.

The country’s foreign exchange reserves plummeted to record lows, with dollars running out to pay for essential imports including food, medicine and fuel — leaving millions of people unable to feed their families, fuel their cars or access basic medicine.

The island nation is desperate for an International Monetary Fund (IMF) bailout and talks for a staff level agreement commenced here on Wednesday.

Sri Lanka’s central bank governor Nandalal Weerasinghe has expressed hope that the IMF facility would be made available by the year’s end.