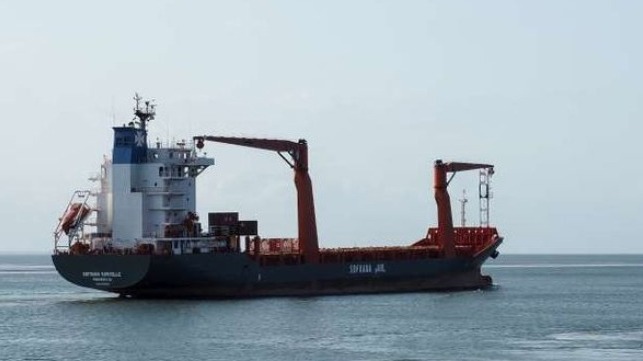 Health authorities in Queensland, Australia and New Zealand believe that they have isolated the source of the recent COVID-19 in New Zealand believed to be tied to the shipping industry. Coronavirus testing on the crew aboard a containership arriving in Australia confirmed at least two active cases of the virus.

The Liberian-flagged containership, the Sofrana Suville, a 1,000 TEU vessel operating regionally, arrived in Brisbane, Australia on October 20 and was held at anchor by the health authorities in Queensland. Their New Zealand counterparts asked that the crew be tested to confirm suspicions that it was the source of a case in New Zealand. The vessel had been in Auckland on October 12 and 13 and departed for Noumea in New Caledonia before proceeding to Australia.

Queensland officials were concerned over the potential that the vessel was carrying the virus because they reported only one new case and a total of five active cases in the entire state as of October 21. There were also fears that because the ship was arriving internationally that it could be carrying a different strain of the virus than the one previously seen in Australia.

Initial testing of the 19 crew members aboard the Sofrana Suville confirmed two active cases of the virus and possibly a third crew member who had recovered from the virus. None of the crew members are believed to be displaying and symptoms. Further test results were still pending, but the health authorities decided to move the two crew members who tested positive to a hospital on shore. The ship remains under quarantine anchored off the Australian coast.

This latest incident began when a marine electronics engineer in New Zealand that had been working as a contractor aboard ships arriving in the ports tested positive for the virus. The engineer was diagnosed on October 17 and New Zealand health officials launched a contact tracing effort to identify the likely source of the virus. New Zealand as a country has been successful in containing the virus preventing community spread, leading to suspicions that this case had been introduced from an international source.

New Zealand health officials determined that the engineer had worked first on a domestic ship which they did not believe was the source. He then worked for two days aboard the Sofrana Suville and at the same time, the vessel was implementing a crew change with eight crew members arriving from the Philippines on October 13 and four departing the ship.

After the Sofrana Suville, the contractor traveled to New Plymouth, New Zealand, where he worked for two days on another vessel, the Ken Rai, and spent one night in a hotel before returning home. He became ill and tested positive after returning home.

The Sofrana Suville, which by that time was sailing to Australia, was identified as the likely source of the infection. The Australian health officials agreed to quarantine the ship and test the crew. Also, New Zealand quarantined the Ken Rai which had sailed to Napier as they considered all of the crew aboard to have been close contacts of the infected engineer.

Representatives of Maritime Safety Queensland told The Australian newspaper that this situation would be handled in the same method as all of the other ships arriving in the state. Since the introduction of COVID-19 protocols, they told the newspaper that at least 10,000 ships have entered their waters. They reported that they have had several positive cases of the virus and the protocol remains to hospitalize the crew members and quarantine the ship.

This incident has also brought more attention to the issue of crew changes and specifically concerns over enforcement of the protocols in the Philippines. Several of the recent outbreaks in Western Australia and now China are being associated with crew coming from the Philippines. Authorities in Manila report that they are following protocols, but announced plans for further steps to isolate incoming and outgoing crew members as an additional precaution against spreading the virus. As a result of this incident, public health experts in New Zealand are calling for tighter controls and the government said it would review the process for incoming crew and ships on short-term calls.