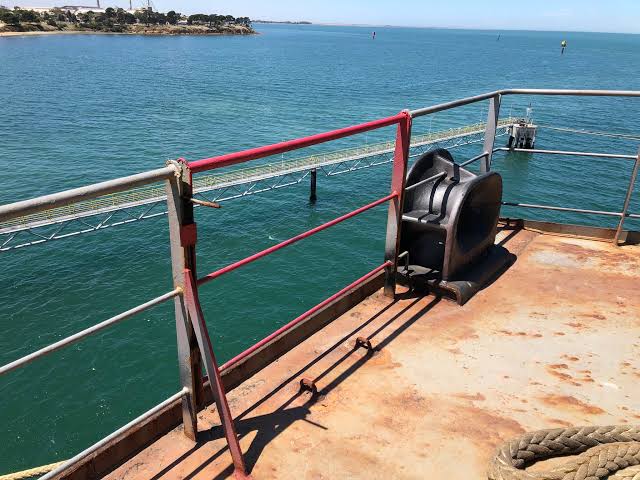 Around 200,000 seafarers still can’t get home due to COVID-19 travel restrictions. Expired and extended crew contracts are piling up. Now, some port inspectors are beginning to balk and detain arriving vessels.

“We are not just talking about a humanitarian crisis. This is turning into something that has a real impact on the global supply chain,” warned Belal Ahmed, chairman of the International Maritime Employers Council (IMEC), during a webinar presented by Capital Link on Wednesday.

It would also elevate spot rates, a positive for owners of ships that aren’t detained or diverted. The “freshness” of crew contracts would become a competitive advantage for shipowners and a metric vetted by charterers.

The billion-dollar question is: Which countries’ port-state control (PSC) authorities will strictly enforce minimum manning standards and detain ships? When will they pull the trigger? Will America’s PSC — the U.S. Coast Guard — detain mega-container ships bringing in much-needed imports to California if those vessels have too few crew aboard with valid seafarer employment agreements (SEAs)?

PSC inspectors in Australia look like they’re taking the lead.

“It appears that AMSA [the Australian Maritime Safety Authority] has applied its authority to prevent a ship from leaving because the crew complement fell short of the manning requirement,” Fabrizio Barcellona, assistant secretary of the seafarer section of the International Transport Workers’ Federation (ITF), told FreightWaves.

He continued, “It also appears that another ship was asked to provide the repatriation to seafarers who have gone beyond their contractual terms. This is something we welcome. However, it appears that it is difficult for the companies concerned to repatriate seafarers from Australia.”

As a result of AMSA policy, dry bulk could feel the initial rate effects of the crew-repatriation crisis.

Australia is one of the world’s top-two exporters of iron ore. PSC actions could elevate spot rates for Capesizes (bulkers with capacity of around 180,000 deadweight tons). Not just because of actual detentions but because Capesizes might avoid Australia if they fear detention.

Details on the new AMSA policy have been posted online by industryassociation Shipping Australia.

Under the new policy that started Wednesday and runs through Oct. 1, if AMSA inspectors find any seafarers on board without a valid SEA, the master must arrange for repatriation. If there are not enough crew with valid SEAs on board to meet minimum manning requirements, AMSA won’t let the ship sail.

If inspectors find seafarers have a valid SEA but have been onboard for 11-13 months, the master must provide inspectors with a plan approved by the ship’s flag state to repatriate that seafarer before the 14-month mark. The same rule applies to seafarers with valid SEAs who have been aboard for 13-14 months. But in this case, AMSA detains the ship until it gets a flag-approved plan.

No crew employment period beyond 14 months is acceptable to AMSA “unless the master or owner or both demonstrate satisfactorily to AMSA that all possible efforts have been expended to repatriate the seafarer without success and the seafarer has provided written confirmation accepting the extension.”

“[Port] detentions are a very sensitive issue,” said ITF General Secretary Stephen Cotton during the Capital Link webinar. “We are not encouraging detentions, but detention is a method to get policy to change at the government level.”

Translation: The more ships detained and the more fallout to trade, the more likely governments are to lift travel restrictions preventing crew changes.

It may be necessary for a ship to divert from its trading route to drop off crew in a country allowing crew-change transits.

Going forward, the more that PSCs implement rules like those in Australia, the more voyages will be diverted. This would increase the trading inefficiency of the fleet, another tailwind for spot rates.

“Diverting ships is going to become a reality if you look at what’s going on with AMSA. If you are leaving Australia and you’re struggling, there are ports in Asia [to change crew]. The situation in Singapore is dramatically improved. Hong Kong has improved. Korea has been reasonable all the way through.”

Normally, the diversion costs would be on the shipowners’ account. The new BIMCO crew-change clause allows shipowners and charterers to share the voyage-diversion cost. Contractually stipulating a cost split would provide owners more flexibility to change crew, which could prevent a future detention that would ultimately be more costly.

The use of the new BIMCO clause is, of course, up to the two parties in a charter negotiation. Furthermore, the clause is for time charters, not spot voyages.

Questions arose during the Capital Link webinar about how interested charterers actually are in solving the seafarer crisis.

According to Ahmed, “This extraordinary crisis has brought all of us together. I have never in my 40 years in the industry seen all the stakeholders together like this. But there are still some we do not have with us who should be. Some of the charterers are still not on board to assist with crew changes.

“We have seen incidents where the charterers — and these are big oil companies — are threatening to ‘off-hire’ the ship because it was a little bit delayed because of crew arriving and departing,” lamented Ahmed. “We would like to see the major bodies involved in chartering ships give us a hand.”