Cranes collapse at JNPT due to cyclonic winds 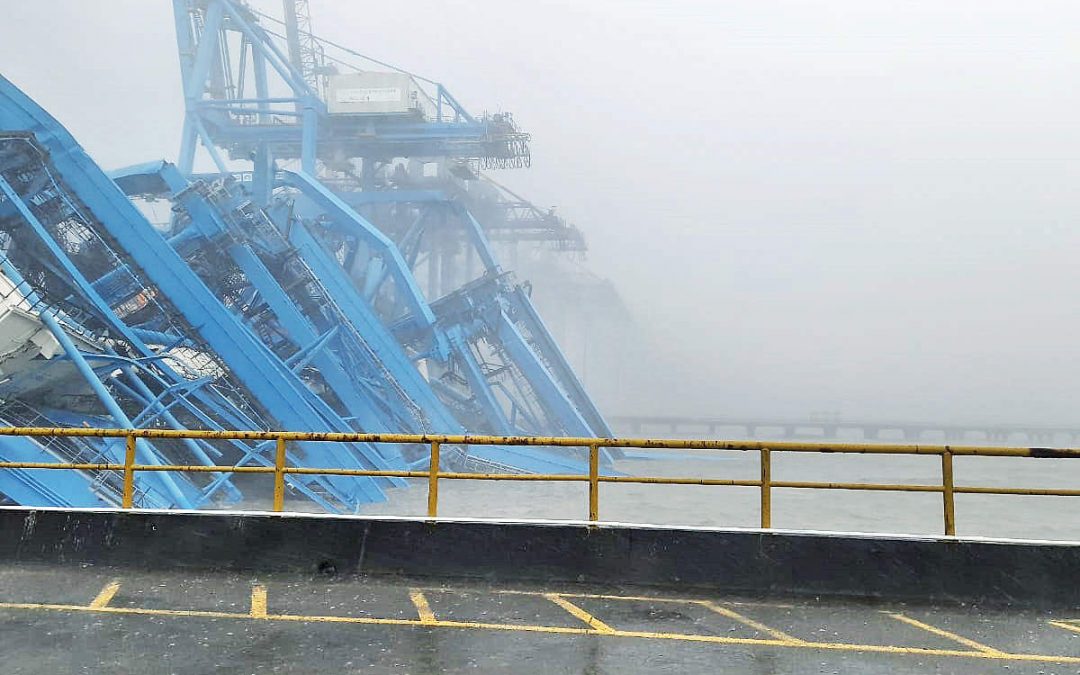 Senior official from JNPT said that owing to inclement weather and above normal gusts of wind, there has been damage to three cranes at JNPCT. However, there were no injuries and everyone is safe. The exact damage is being ascertained. Shipping industry sources said that the cranes have fallen in the middle of the berth, which may hamper the operation to some extent for few days.