Could A Nuclear-Powered Cargo Ship Transit The Suez Canal? 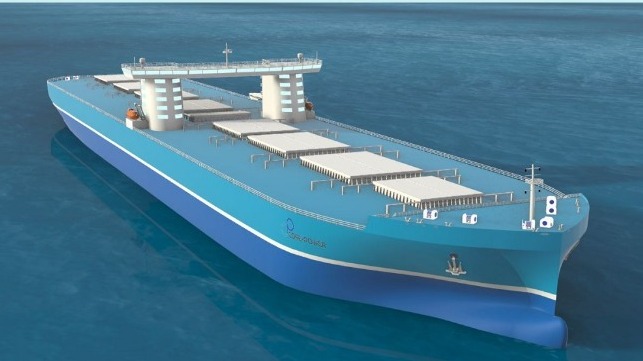 Ongoing research into small-scale nuclear energy conversion has advanced to greatly increase safety with the development of sodium-cooled reactors and molten salt nuclear technology. While the technology is potentially feasible, there remains the need to negotiate to gain passage through several channels and ports internationally.

The history of nuclear ship propulsion dates back to the mid-1950’s when the United States developed the submarine Nautilus. By late 1959, the Soviet Union answered the nuclear propulsion challenge with the launching of the icebreaker Lenin. Since that time, all nuclear-powered maritime vessels have been directly or indirectly connected to a national military or navy. Recent advances in nuclear technology offer the possibility for commercial propulsive application.

Environmental concerns about maritime sector greenhouse gas emissions have prompted research and development into a multitude of alternative fuels and ship propulsion technologies. While alternative fuels such as LPG and methanol fuels sustain the operation of internal combustion engines, other fuels such as hydrogen and reprocessed ammonia sustain operation of fuel cells that produce electricity. Some versions of new generation small-scale nuclear power resolve the problem of cooling reactors with high-pressure water or high-pressure helium gas. Widespread acceptance of nuclear-powered commercial ships depends on assuring populations of the greater safety of contemporary nuclear technology.

Direct nuclear power generation aboard a ship bypasses the efficiency loss of producing any hydrogen, ammonia, or methanol. While low-grade exhaust heat from land-based nuclear power stations can contribute to producing methanol, energy is required to cultivate and harvest the crops required for methanol production. Directly using nuclear power for commercial ship propulsion allows arable land to be used for food production to feed human populations, instead of cultivating crops to produce bio-fuel. Over the service life of a ship, there would be potential for a nuclear-powered ship to be cost-competitive against other zero-carbon technologies.

The Suez Canal Authority allows towed vessels to transit through the canal. There is usually some advanced notification and negotiation when a smaller vessel such as a tug tows a large vessel through the canal. On occasion, a large vessel has towed a much smaller vessel through the canal and such precedent provides a possible basis for future discussion and negotiation with the Suez Canal Authority. A future possibility would involve a small vessel generating electric power while being towed by a much larger vessel pulling a towing cable also that carries accompanying electric power cables.

A molten salt nuclear reactor could be deactivated prior to a nuclear-powered ship arriving at the entrances of the Suez Canal, and a towed electric generator vessel would attach to each deactivated nuclear ship via towing cable and interconnecting power cables, providing propulsive energy and navigation control to the large ship. Electric power from the small towed vessel would sustain propulsion and navigation control for the large vessel. While such operation is technically possible, it has never operated through the Suez Canal and would require a policy directive from the Suez Canal Authority.

There is potential for battery technology to sustain low-speed propulsion and ship navigation along the 120-mile length of the Suez Canal. The same batteries would provide short-distance propulsion and navigation control when nuclear-powered commercial ships arrive at and depart from ports that require the de-activation of molten salt reactors aboard each nuclear commercial ship. Alternatively, port-based battery vessels would connect via towing cable and interconnecting power cables to provide propulsive power and navigation to large nuclear-powered commercial ships that arrive and depart with de-activated molten salt reactors.

Plans are underway in South Korea to develop a commercial ship powered by a molten salt nuclear reactor. It is one of the technology options as the international shipping industry transitions to low-carbon emission and zero-carbon emissions propulsion. There will likely be future discussion with the Suez Canal Authority in regard to nuclear powered commercial ships needing transit between the Mediterranean Sea and the Red Sea, also future discussion with port authorities internationally.