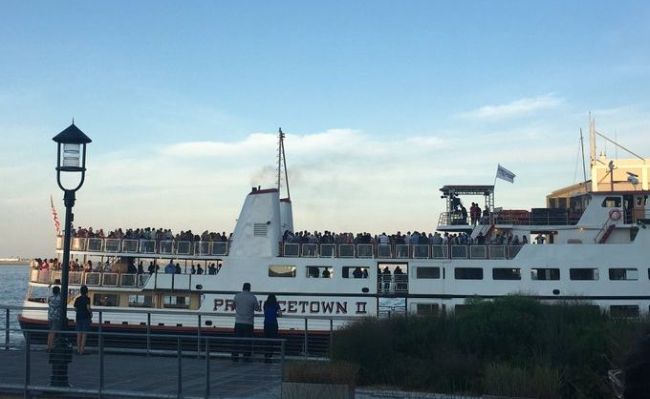 What seemed to look like a crowded gathering on the decks of Provincetown II, the cruise ship by Bay State Cruise Company raised questions and nods of disapproval among the public, especially owing to concerns regarding the COVID-19 pandemic.

On the evening of 25th July 2020, Saturday, the Provincetown II cruise ship was seen sailing with a capacity more than the phase 3 mandate by the city of 25 people in a social gathering. According to the state labor office, charter boat operators must have a cap on 50% capacity and obey protocols specific to hygiene, cleaning, and disinfection of staffing and operations.

Photos and videos of people dancing and drinking, a good number of whom were sans the masks, surfaced on Twitter. This grasped attention towards the lack of adherence to social distancing regulations while Boston continues to work towards reducing cases.

Bay State Cruise, in response to the news, has maintained that the cruise ship, an outdoor venue was operating at 33% capacity, providing “ample space” for distancing as well as “constant breeze” on the upper decks where the party was held, to provide maximum airflow while it sailed at nine knots.

A picture released by the owner Michael Glasfeld shows 74 people on the upper deck and around 34 in the middle deck. The semi-enclosed decks exchanged volume of air in less than a minute. Added to this, the company also made sure to follow cleaning protocols for the crew members, as mentioned to Boston.com

Illiana Valles, a passenger onboard the harbor cruise ship mentioned that she “felt safe” as there were sanitizers everywhere and everyone wore masks unless they were eating or drinking. The ship also ensured open seats between passengers and compulsory face covering.

Governor Charlie Baker announced during a press conference on Monday that investigations are currently underway to confirm “whether or not the fact, the company was abiding by the rules”, while also requesting the residents to continue demonstrating responsible behaviour and vigilance, play by the rules and follow the advisory guides to prevent spreading.

Glasfeld has also acknowledged the public perception and has commented: “we’ll get this right; we are committed to that effort, and understand how, in our current environment, this photo has created such a stir.”, about working with the Dept. of Health of Boston to look further into fixing and quelling complaints.