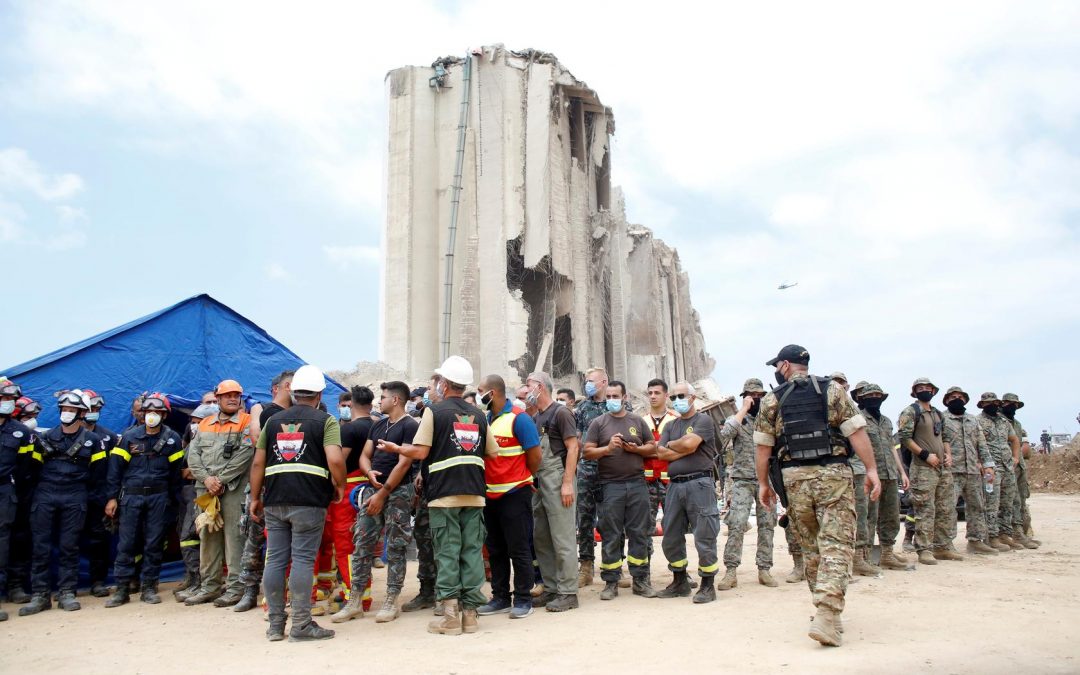 Lebanon, which imports almost all it uses, relies on container ships to bring in everything from refrigerated food cargoes to clothing and other consumer goods.

There is no firm date for Beirut port to re-open, and this is a strain on supply chains.

Data from shipping intelligence platform MarineTraffic showed three container ships had arrived in Tripoli in the past 24 hours after being diverted from Beirut, with a further container vessel expected later on Thursday and another due on Saturday.

Germany’s Hapag Lloyd said it was diverting its services to Tripoli, about 70 km (43 miles) up the Mediterranean coast from the capital, to discharge cargo bound for Beirut.

“Lebanon is dependent on imports and exports for their needs and we will be diverting services for the moment to Tripoli, which is a smaller port,” a Hapag Lloyd spokesman said.

The spokesman said the company’s office in Beirut had been completely destroyed but staff were unharmed.

“Access to the port is not allowed at present so we cannot assess how many of our containers were either damaged or destroyed,” he said.

Beirut’s container port has an annual average capacity of just over 1 million TEUs (20 foot equivalent units), compared with Tripoli’s 400,000 TEUs, which could be enlarged to 600,000 TEUs and a maximum of 750,000 TEUs if more cranes are installed, shipping data shows.

Denmark’s AP Moller Maersk said it was working with Tripoli port to enable its vessels to call there.

Maersk’s Beirut office was damaged and three of its staff slightly hurt. Potential damage to its containers in the port is being assessed.

Switzerland’s MSC said it was working on alternative cargo routings, including stops in Turkey and Greece.

Ship insurer Gard said: “According to our correspondents, the port of Beirut is closed for a minimum period of 14 days which could be extended until port facilities have been restored.”

The International Transport Workers’ Federation, which represents seafarers, quoted its representatives in Lebanon as saying at least 12 dockers and seven separate seafarers had been killed in the port. The figure could not be independently confirmed.