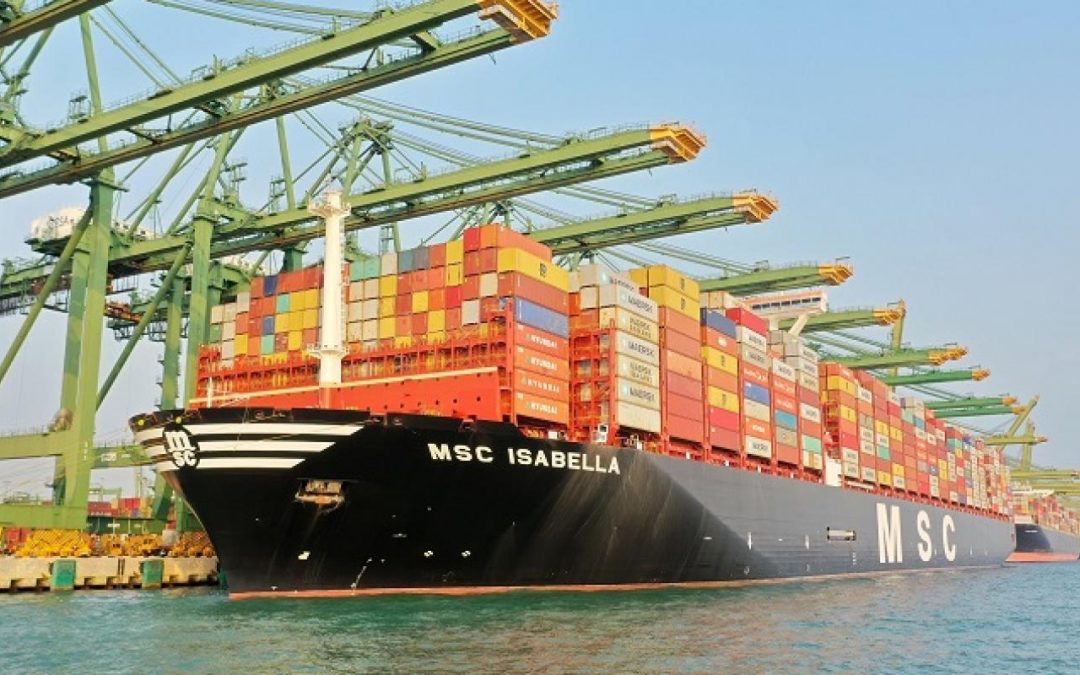 A 50% adoption of usage of electronic Bills of Ladings by shippers in the next 10 years could save the container shipping $4bn in costs annually.

Despite this significant cost saving estimated by the Digital Container Shipping Association (DCSA), the adoption of the e-Bill of Lading remains in its infancy.

The idea of an a digital or e-Bill of Lading has been around for the better around 30 years, however, difficulties in moving paper documentation around the world with the onset of the Covid-19 pandemic last year is finally starting to drive adoption in container shipping.

Andre Simha, Global Chief Digital and Information Officer for MSC, “The pandemic has brought an urgency to the digital development like the bill of lading as the cargo in ports couldn’t be gated out because paper was stuck somewhere due to air freight delays. With the world situation it has accelerated the need to digitise these documents.”

Even so adoption is still in the early stages and MSC started pilot schemes with a number of customers last year, including D-Well and British Steel.

“It seems very simple for people coming from different industries, airlines have managed to make e-tickets and e-boarding passes, banks have had SWIFT for 30 years, but here we are and we need to find a solution,” said Simha, who is also chairman of the DCSA.

“Looking at overall costs it’s estimated an e-bill of lading is roughly three times more economical than a traditional bill of lading.”

But despite the obvious cost benefits as well as environmental from not having move documents via air transport the authorities and banks in some countries are harder to be convinced to make the switch.

“We are promoting this to the regulatory authorities and the banks who are the parties being a bit more cautious about this,” Simha said.

“Today what we see there are some cases where you cannot use an e-Bill of Lading, there are some countries that will not accept a document which is not on paper and signed and stamped and there we need to put the pressure as well as the import customers to change that.”

So how quickly will change come? While Simha quipped that he’d left his crystal ball in the dishwasher he believes adoption will need to be fairly swift. “I see this happening either relatively quickly, so I think in the next couple of years this needs to change completely, or we’ll have to find another way. With the speed we want to do business today…. it has to change.”

Looking beyond e-Bills of Lading Simha said the industry needed to digitize all the other trade documents it was moving around the world.