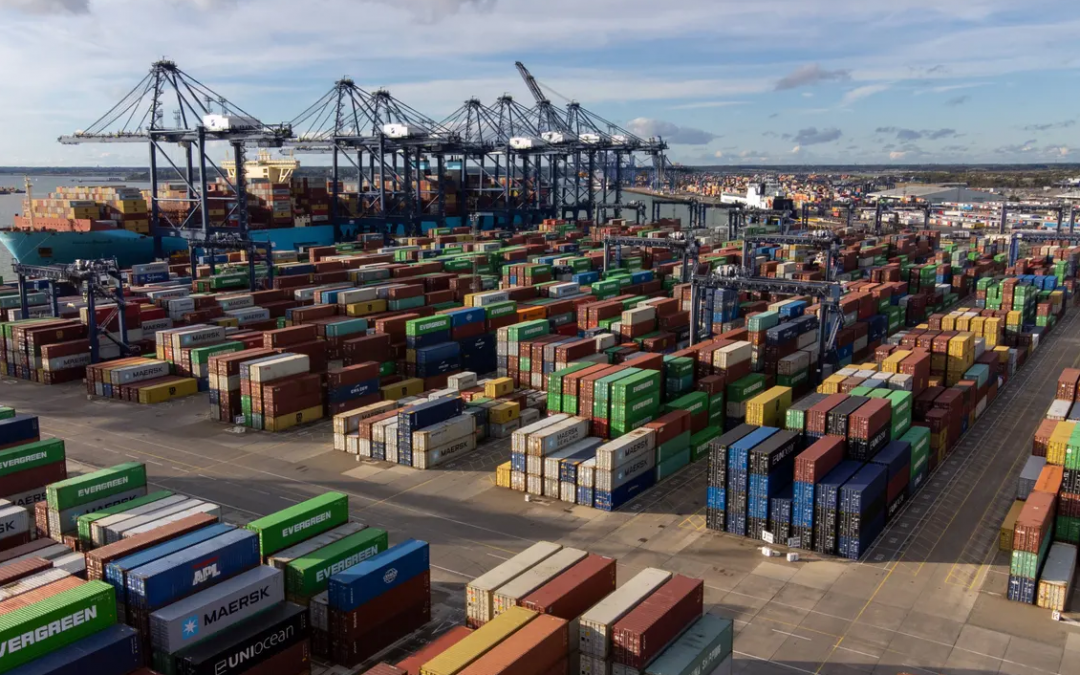 Upcoming strikes at the UK ports of Felixstowe and Liverpool have left the already stressed container market braced for further disruption.

With delays commonplace in the container freight market, owing to inland logistical issues, mainly focused on a lack of truckers and rail cars, these delays are expected to further increase the delays felt by importers globally.

“Planned strike will cause major issues in supply chain and port operations,” a logistics company source said. “Felixstowe is one of the biggest ports in UK, and if anything happens there, even bad weather, we feel the impact.”

Around 1,900 dock workers are expected to go on strike at Felixstowe between Aug. 21 and Aug. 29 as they demand higher pay amid rising inflation. Similar action was announced at the port of Liverpool, with the dates yet to be decided, with around 500 port workers to go on strike over pay and working conditions.

Annually, around 2,000 ships call at Felixstowe and around 720 at Liverpool, so if a backlog develops, ships may bypass the affected ports and reroute UK-bound cargo to nearby ports in Europe. This could not only result in added costs and serious logistical issues but would also worsen congestion problems on the Continent.

This news comes at a critical point for the European container freight market, with low Rhine levels impacting inland container movements on the Continent.

“We can expect carriers to divert vessels to other ports, but let’s see if they will be able to cope,” another logistics company source said.

Freight rates from Asia to the North Continent and UK have been trending downward, but they are still higher than pre-pandemic levels. Further disruptions on the supply side could end this bear run.

Strikes have been taking place across North Europe this summer, including Hamburg and Antwerp, causing logjams and disruptions to maritime trade.

No relief for trans-Atlantic trade

The logjams have also affected European freight bound for North America, compounded by continued port congestion on the US Atlantic Coast.

“We are still seeing some void sailings on the lane, but a lot of trans-Atlantic capacity is tied up at USEC ports,” a trans-Atlantic carrier source said.
There were 29 vessels at anchor or adrift outside the Port of Savannah Aug. 17, Platts Flow ship and commodity tracking software from S&P Global Commodity Insights showed.
Source: Hellenic Shipping News