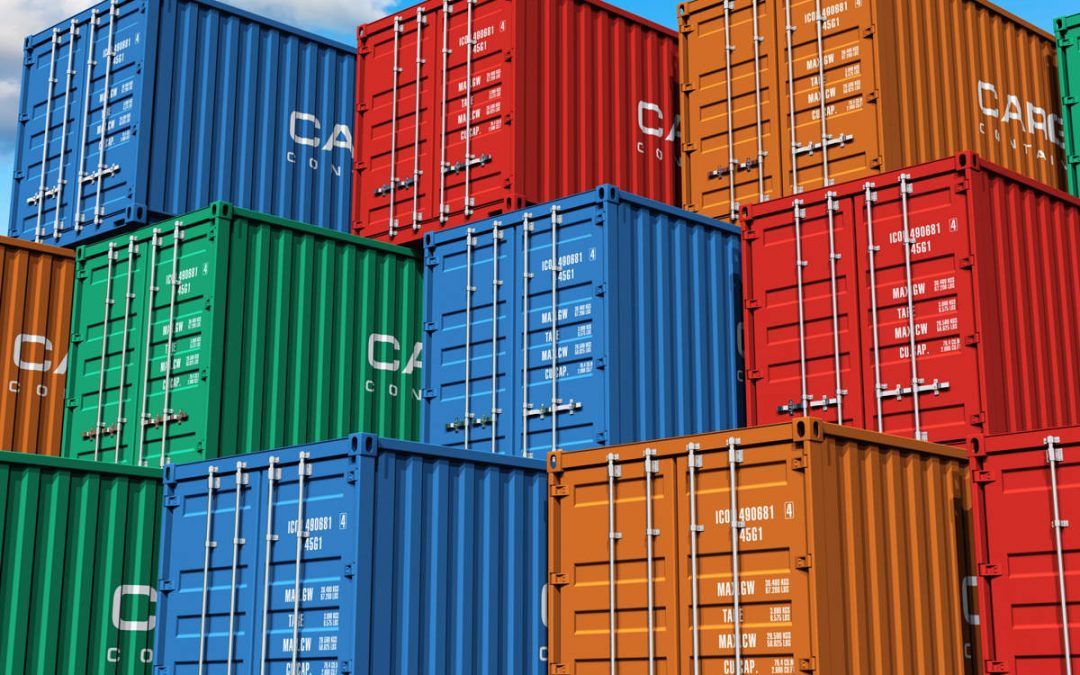 High inflation levels, inventory surpluses and inflated costs of living have hampered appetite for Asian products, resulting in container rates dropping on a weekly basis. At the same time, vessel utilization from Far East to West trade lanes has remained below 90% since July, suggesting a change in the supply/demand equation and that the market is unable to sustain exceptionally high spot rates.

“There is a cargo downturn due to less demand and more open space,” a carrier source said. Everybody is panicking and trying to chase more cargo by competing on rates.”

While box rates remain elevated above historical averages, both long-term and spot rates have come under pressure over recent months, with spot rates now either at parity with, or, in many cases, slipping below long-term rates.

“There is a huge push coming from our customers to lower the gap between spot and long-term rates,” a logistics company source said.

A growing number of shippers are now seeking to renegotiate their long-term contracts as spot rates continue to decline below long-term levels.

“The spot market has been below long-term rates for weeks now and major carriers are constantly dropping rates to compete,” said another logistics source, adding that an increase in cargo booked on a spot basis is likely should contracts remain fixed.

Although spot rates are falling below long-term rates signed earlier in the year, carrier spot profiles generally form a smaller percentage of total business than do contracted freight profiles.

On the other hand, shippers who had comparatively little negotiating power in the last two years will have more leverage when lower spot rates come in to play in the next round of renewals.

“They [carriers] are going to learn a hard lesson now, everything that goes up must come down,” a US-based manufacturer source said. “Everybody’s swimming in inventory, especially in the US. Shipments will continue to fall, and with it freight rates.”

“The tables have turned,” the source said, “We’ve gone from looking for vendors to move/transload our products to vendors who can now offer storage.”

Competitive pressure among NVOCCs
While falling spot rates have afforded BCOs some breathing room and the ability to assess the next cycle of contract negotiations, freight forwarders and NVOCCs have begun to grapple with thin freight margins and less frantic shippers.

“Really wild what’s going on in the market,” a US-based forwarder said. “Some of [our spot] numbers are certainly below the posted contract rates.”

As vessel space trends positively, shippers who have spent the last year aggressively vying for each container can now shop providers and engage with logistics partners who provide strong levels of service and competitive rate offerings.

Now, shippers are focusing on tangential services such as cargo consolidation, customs handling, last mile and more, which has led NVOs to bid rates lower.

“I still think we have a floor there somewhere; I would have said $5,000/FEU but we’re already in the $5,000 [range],” said a US-based logistics source. “I don’t know how low it can go because carriers are counting on long-term rate deals well above pre-COVID levels. This is all ammunition for shippers, and no one is going to want to look to sign contracts early.”

During the last trans-Pacific contracting cycle, most BCOs signed volume commitments within the $6,500-$8,500/FEU range as prices diverged depending on duration, terms and cargo volumes. Notional averages for term pricing were reported between $7,000/FEU and $8,000/FEU, with outliers on both sides, sources said.

“Carriers have come down substantially on their BCO contract pricing,” the same freight forwarder said. “For an annual agreement, I have not seen anywhere the BCO contract is below the spot.”

Loose capacity control triggers freefall in Southeast Asia
Struck by lockdowns in China, the first market to gain from carriers diverting idle capacity away from North Asia has always been Southeast Asia. Yantian in 2021 and Shanghai in 2022 were the most recent instances where carriers went south to find cargo.

While in 2021, demand and freight rates continued to break records through the traditional peak season, this year excess capacity being deployed in Southeast Asia combined with faltering demand triggered what many shippers referred to as a freefall in freight rates from the region.

“It’s crashing down like a bottomless pit,” a Singapore-based exporter said, adding that the drop could settle before hitting the $2,000-$2,500/FEU range for trans-Pacific shipments last seen in 2019. “There are too many landside challenges, and the long-term contracts are still intact,” the exporter added.

“Every carrier is chasing cargo and market share; we’ve received quotes at $4,100/FEU to the west coast for mid-September loadings,” an Indonesia-based logistics provider said. It’s not about if anymore — long-term contracts will be revised soon.”