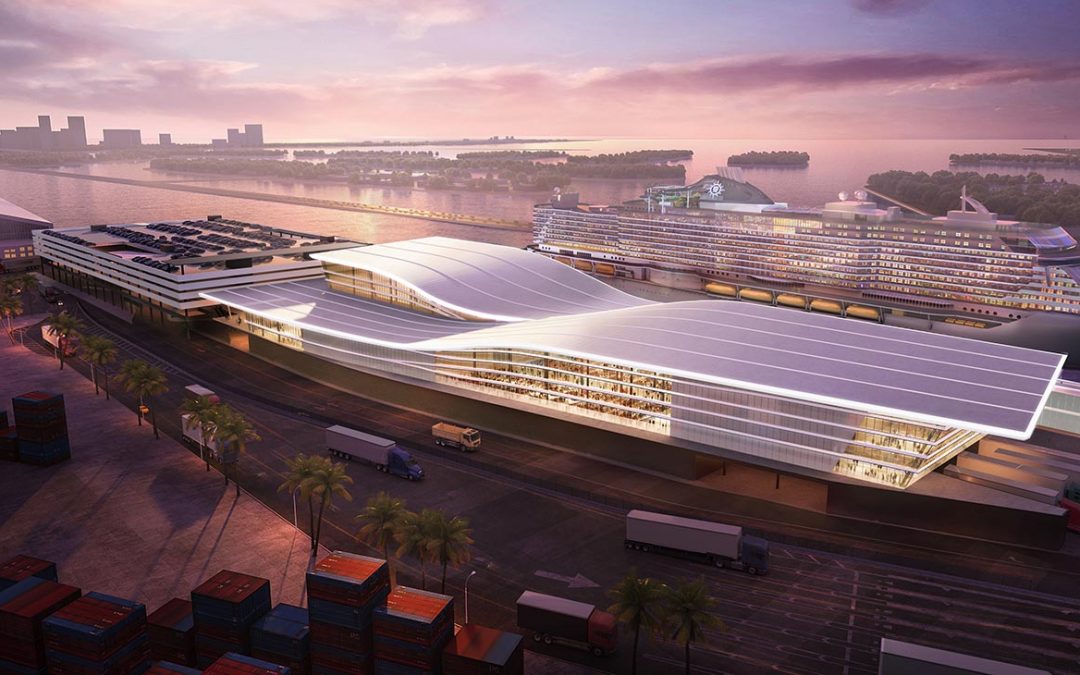 Construction has kicked off on MSC Cruises’ new state-of-the-art cruise terminal at PortMiami, which is set to become North America’s largest cruise ship terminal located in the heart of Florida’s cruise industry hub.

The new terminal represents an investment of approximately 350 euros ($450 million USD), marking one of the largest investments in the U.S. by an Italian-led multinational conglomerate like MSC Group.

Once operational in late 2023, the terminal will be able to handle 36,000 passengers per day and have berths for three large cruise ships simultaneously. The terminal will be equipped for LNG bunkering and also shore-to-ship power connections.

The four-story terminal has been designed by the award-winning global architecture firm Arquitectonica and will offer state-of-the-art passenger facilities, several office spaces, multi-level parking for approximately 2,400 vehicles, and a new road connection. MSC Cruises will operate the terminal under a 62-year lease agreement with Miami-Dade County.

“It will be the largest and most technologically advanced terminal in the United States, a new benchmark in the sector, as well as one of the most significant investments made in Miami,” said Pierfrancesco Vago, Executive Chairman di MSC Cruises. “It will allow [MSC Cruises] to strengthen and further grow in the most important and competitive cruise market in the world”.

The project provides for the construction of two cruise docks measuring 750 meters (2,461 ft) in total. A third berth will be built by Miami-Dade County.