Congestion Starts To Grow Again At US West Coast Ports 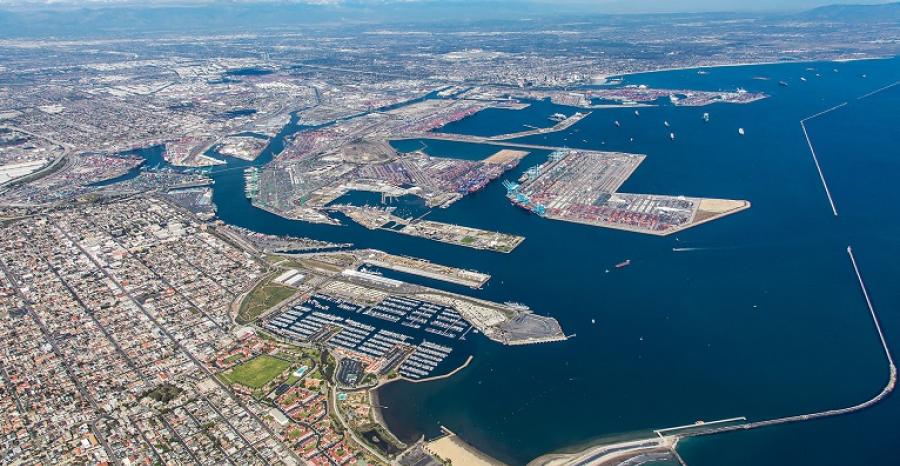 The tally of ships anchored in San Pedro Bay waiting to enter the ports of Los Angeles and Long Beach has begun creeping upward again.

Mid-July data from the local Marine Exchange was showing that more than 20 vessels were at anchor awaiting berth space- reflecting increased imports from China after a pause during June, when as few as 10 container vessels were waiting in the Bay. The pause coincided with the closure of large portions of the export hub of Yantian port in South China, which caused significant disruption to global container shipping.

Just released results for June show that In June, the Port of Los Angeles handled 82 containerships carrying 876,430 teu. It was the busiest June in the port’s long history – and a nearly 27% increase compared to June 2020, when volumes were reduced due to the pandemic.

Shipping, usually under the radar, has become a mainstream issue, as supply chain disruptions have continued. Carl Bentzel, a Commissioner at the Federal Maritime Commission, was quoted in the mainstream Washington Post as saying: “I am extremely concerned now about the economic impact caused by the current situation. This could be the first time the public sees the impact of maritime shipping disruption since World War II.”

This comes at time that lobbyists for cargo interests, in Washington, DC, are pushing the U.S. Congress to look into the actions of carriers, including expedited return of empty boxes to Asia, rather than offering them to US exporters. The carriers, conversely, point to landside delays  for the record throughputs, rather than anti-competitive practices.

Data from the Port of Los Angeles bears out the latter viewpoint. A mid-July report shows a six day average time at berths for containerships, contrasted with mid-June times of typically four or five days (and sometimes as low as three).

The latest issue of The McCown Report, which details year over year container volumes, notes that, overall, the top US container ports saw the inbound box trade grow by 32.5%, in June, down from than the previous month’s 52.2 % gain. McCown, who has four decades of management experience in the container sector, noted that most of the growth had occurred at ports in the US Gulf/US East Coast.

Additionally, he commented that:  “The data and news reports indicate that shippers are electing to switch containers ultimately destined for eastern points to East Coast ports in an attempt to avoid congestion issues that have been most visible at West Coast ports.”

This movement away from the West Coast, to Gulf / East Coast, closer to the majority of US consumers, is part of a longer-term trend that begun in 2016 when the widened Panama Canal opened. McCown notes that direct rail to Eastern destinations on boxes offloaded at West Coast ports after arriving from Asian origins is faster than the all water route to the East Coast, he said: “The recent congestion issues may have shippers rethinking their routing preferences, as East Coast/ Gulf Coast were less impacted and some also have more room to grow.”

He also cites shippers’ examination of “the carbon emissions of their freight related activities,” saying that this too could lead to further switching to the all water routes into the Gulf and East Coasts.