Congestion Causes Cargo ‘Seesaw’ At Ports Of Savannah And Charleston 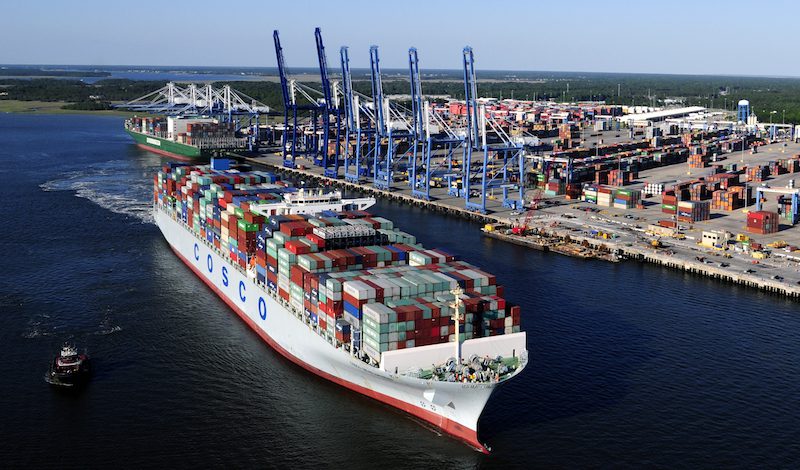 The rivalry for maritime commerce between Charleston and Savannah dates back for centuries, well before containerization turned into intermodalism.

The sharp growth in the Southeast, where distribution centers have flourished, has led to continued growth in both ports. Recent gains for East Coast ports can be traced to the widending Panama Canal in 2016, which brought neo-Panamax containerships calling with Asian-sourced cargo. In the pandemic years, “supply chain disruptions” have replaced purely economic considerations, fueling even more growth for East Coast ports as more inbound cargo shifts to East and Gulf Coast ports, away from West Coast port (and intermodal) congestion. This year, increasing concerns about potential labor disruptions along the docks on the West Coast have been another theme.

In the latest monthly report from John McCown, a four-decade veteran of the container trades, details what could only be described as a “see-saw effect” between ports, namely Charleston and Savannah, where fortunes have ebbed and flowed reflecting some of the dreaded congestion.

In McCown’s most recent report, for June 2022, he notes that “the delays at Savannah led some operators in June to omit a later port call at Charleston and unload those containers at Savannah to make up time. This is the opposite of what happened in earlier months.”

The ships at anchor, visible on ship tracking maps (or on the evening news, albeit with far less frequency than in late 2021), are still there.

McCown says that “throughput will be driven by the ability to get containers out of the terminal. It is clear that the bottlenecks in US ports are related to this and not to getting containers off the ships.”

He goes on to explain that “Those bottlenecks in turn result from an array of issues including the interface with other modes and capacity constraints as well as equipment cycle time expansions further down the supply chain.”

While data scientists and logisticians are trying hard to streamline information flows, the fact is that (paraphrasing John McCown from an article I did a few months ago), it’s real cargo flows that cause delays and disruptions, no matter how many “digital twins” are in place.

The practical impact of this is that the shipping lines can’t adjust their port calls instantly, thus they are sometimes reacting to last month’s landside bottlenecks.

“Decisions to omit port calls can’t be made at the last minute, and often they prove to be less effective than anticipated with changing conditions. June saw a see-saw effect in play that helped Savannah and hurt Charleston,” while also pointing out that overall coastal volumes were not impacted.