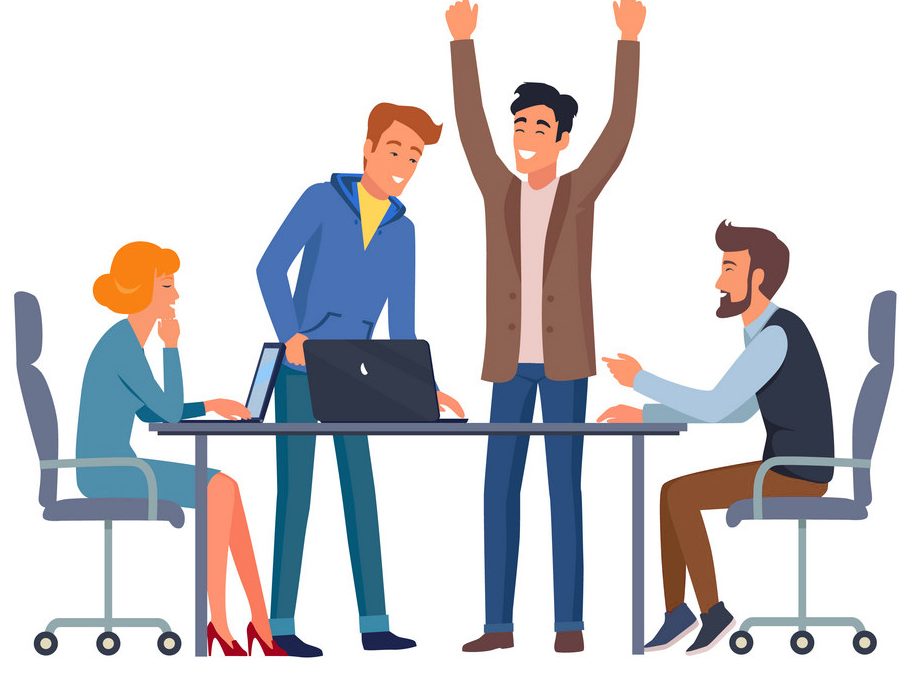 In an organization, the term ‘colleagues’ is defined as co-workers but in a broader sense, colleagues are partners working towards a common goal with a common interest. The relationship between colleagues reveals the environment of an organization and eventually governs its growth. Whether we accept or deny it, our professional lives are deeply swayed by the quality of interactions we have with our co-workers.

Although the traits of colleagues are similar to that of friends which also includes a different set of emotions, the quality of refusing those feelings to overpower us determines our allegiance towards our work. A good colleague is one who understands that ‘WE’ is more powerful than ‘ME’. An effort put to gain prosperity will certainly bear the fruits, but when the same effort gives birth to greediness, it becomes unhealthy and is evident to the people around. The physical environment influences the performance and the well-being of a person, in other words, a satisfied employee will produce better work outcomes than the one entangled in puny things. Colleagues play an important part in our life, sometimes, we can fall into a disagreement which can later result in an argument that can pollute the surroundings and suffocate others.

Whether it be a small organization or a big conglomerate, the essence of togetherness serves as a medium to boost team spirit and mere manipulation can get oneself as well as others into difficult situations. The morale of employees can be impacted in both positive and negative ways by the workplace environment. Employees are the backbone of the company and the relationship between them signifies the strength of that backbone. Every day at work may differ, but what makes the one sustain in the game is the reliability, a positive attitude, and an ability to handle disagreements.

I personally feel that an intention of working together and helping one another is far more significant than fighting for pity gains. It is impressive to watch how efficiently the team contributes to an establishment with their best abilities, simultaneously, it is distressing when the same team’s puerile behavior engenders unpleasant consequences that are impossible to ignore. It also happens so, that the things that are considered unworthy or just a failure, are actually a gift of learning that is later recognized with experiences. And as truly said, it is better to have a great team than a team of greats and I am lucky to have one!