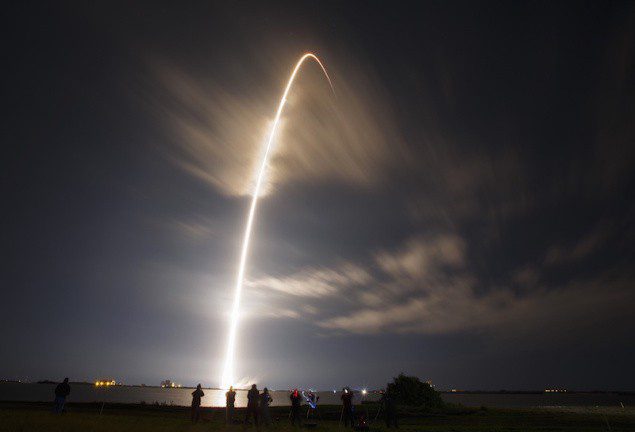 A U.S. Coast Guard investigation has concluded that a Royal Caribbean International cruise ship violated a Coast Guard Captain of the Port safety zone and caused the cancellation of a SpaceX rocket launch from Cape Canaveral, Florida back in January.

The Harmony of the Seas got underway from Port Canaveral and began its voyage towards the Bahamas when it entered a safety zone established by the Captain of the Port of Jacksonville, designed to ensure the safety of the public during the Cosmo Skymed rocket launch, without proper authorization. The launch was ultimately cancelled due to the encroachment into the surveilled launch hazard area, the Coast Guard said.

The Coast Guard establishes and enforces safety zones in accordance with Title 46 U.S.C. § 70002 and 70036. When these zones are violated, the Coast Guard may pursue administrative enforcement actions, including monetary fines and or future vessel control actions.

The COSMO-SkyMed Second Generation FM2 mission to low Earth orbit ultimately launched on January 31, the day after the incident.

“Standing down from today’s launch of COSMO-SkyMed Second Generation FM2 due to a ship in the hazard area,” SpaceX tweeted at the time.