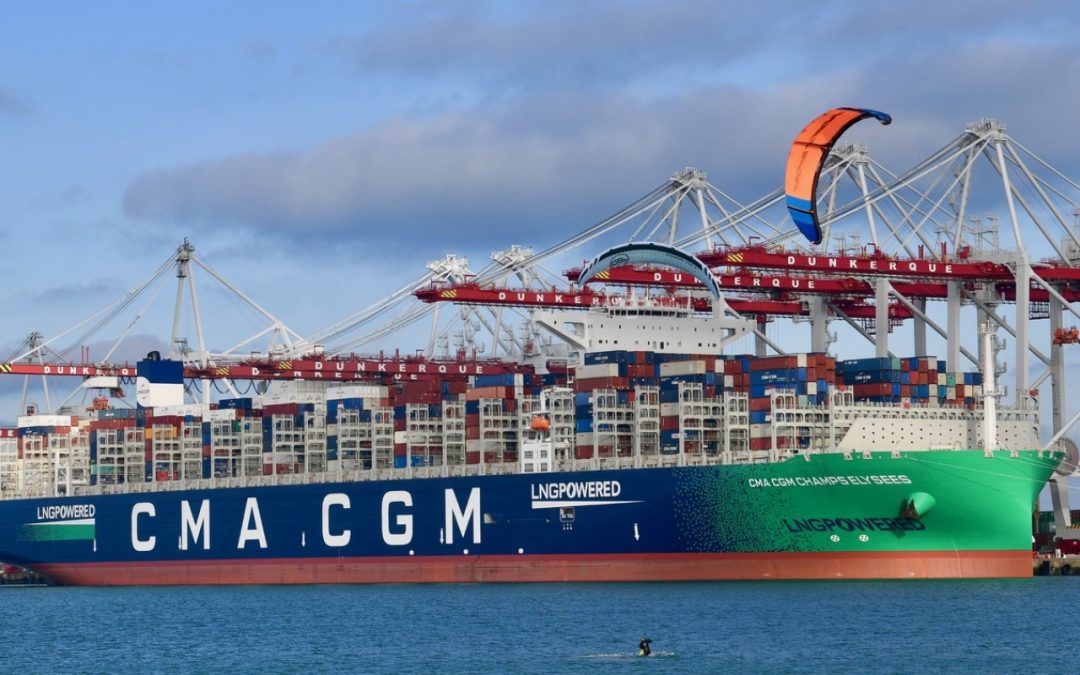 CMA CGM is partnering with ENGIE on the production of synthetic methane and BioLNG to decarbonise shipping operations.

The two companies said they had established a long-term industrial partnership focused on the production of decarbonised fuels working together to champion the industrial-scale production and distribution of synthetic methane and BioLNG.

The first project to produce liquefied biomethane (BioLNG) at the Port of Marseilles, CMA CGM’s home base, is already underway. CMA CGM will also have the option in synthetic methane production projects already underway by ENGIE, including multi-year purchase contracts.

ENGIE said these projects would harness various technologies, such as pyro-gasification or methanation using green hydrogen and captured CO2.

The partnership will also pool R&D capabilities in technologies such as carbon capture and green hydrogen production.

CMA CGM has made a major commitment to LNG fuelled vessels saying shipping companies need to act now to reduce emissions, despite criticism from some quarters that natural gas is still a fossil fuel, and concerns around methane slip. By developing synthetic fuels the LNG-powered vessels would provide a pathway to net zero carbon shipping.

“We are convinced that bioLNG and e-methane will be part of the solution for decarbonation of shipping. That’s why we are partnering with global industrial leaders and lawmakers to accelerate its production and promote its usage” Christine Cabau, EVP Operations and Assets, said at the International Chamber of Shipping conference on the sidelines of COP26 last weekend.

CMA CGM has 20 e-methane ready vessels equipped with dual-fuel engines and running on LNG and will have 44 e-methane vessels by year-end 2024.