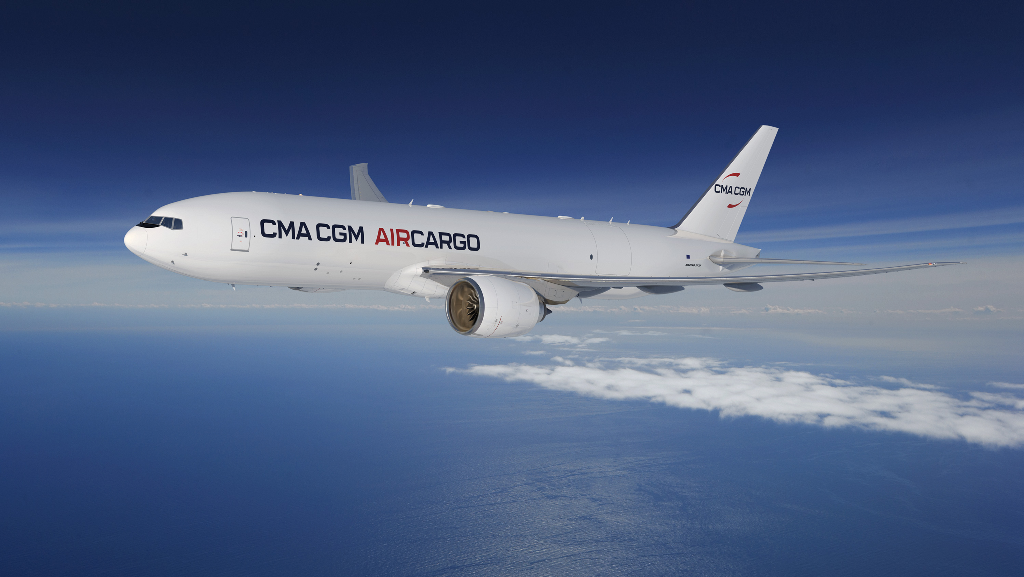 CMA CGM is cementing its move into air cargo with an order for two new Boeing 777 freighters.

Having moved into air freight in February this year with the setting up of CMA CGM Air Cargo the container shipping line and logistics company has now placed its first order for new freighter aircraft.

CMA CGM has ordered two Boeing 777 freighters which can carry 102 tonnes of cargo with a maximum range of 9,200 km, allowing the company to make fewer stops on its cargo flights.

“CMA CGM Air Cargo represents a major new component of the CMA CGM Group in both operational and commercial terms. It is also a new milestone in the Group’s strategic development into logistics,” the company

The company started its air cargo division with a fleet of four Airbus A330-200F freighter aircraft which have maximum payload of 60 tonnes. It’s first flight was in March between Liege in Belgium and Chicago, followed by flights to New York, Atlanta, and Dubai.

With widespread congestion and delays in container shipping shippers have sought alternative solutions in both air freight and air/sea options, especially on Asia – US routes where there are no land-based alternatives.