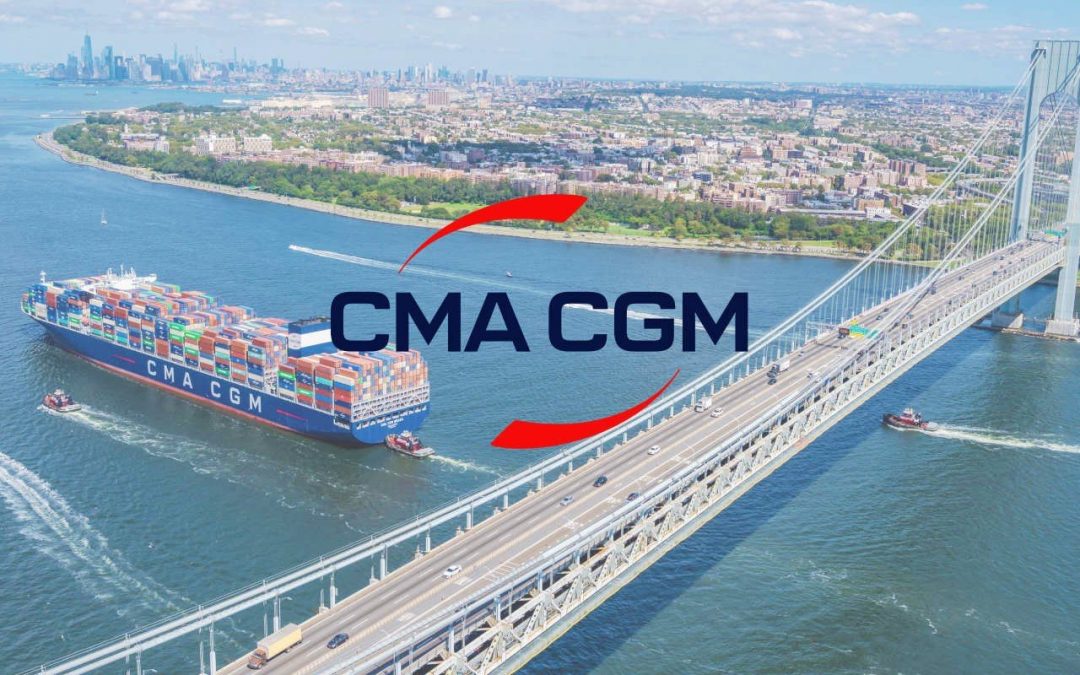 As described, the Salamander project is the application on an industrial scale of 10 years of research and development conducted by ENGIE within the framework of the GAYA project, which has demonstrated the technical, economic and environmental viability of producing renewable gas.

CMA CGM’s and ENGIE’s decision to co-invest is said to be the first concrete project under the strategic partnership that the two companies signed in November 2021.

Specifically, CMA CGM will acquire a stake in the Salamander project and the launch decision is expected to be made in late 2022. A funding request has been submitted to the European Commission’s Innovation Fund.

The production site is considered to be located in Le Havre, backed by the support of the Havre Seine Métropole urban community via the investment program “Le Havre, Ville portuaire intelligente” (Le Havre, a smart port city).

The unit will be fueled by dry biomass from local wood-waste sources, along with solid recovered fuel, and will produce the biomethane via the pyrogasification process.

Supported by a total investment of €150 million (around $156 million), the site will aim to produce 11,000 tons of second-generation biomethane annually, starting in 2026.

By developing the renewable gas industry and the Salamander project, both CMA CGM and ENGIE will help achieve the energy independence and energy transition goals set forth by the European Commission in the RepowerEU plan, the partners claim.

CMA CGM and ENGIE have also expressed the intention to produce together up to 200,000 tons of renewable gas annually worldwide by 2028, to meet the needs of CMA CGM and the shipping industry.

According to the partners, the Salamander project is the first milestone toward the companies’ shared goal.

The CMA CGM Group, which aims to achieve net-zero carbon by 2050, already has a fleet of 30 dual-fuel “e-methane ready” ships in operation and wants to increase this number to 77 by the end of 2026.

The two French companies have also been working together for several months within the Coalition for the Energy of the Future, launched at the end of 2019 during the “Assises de l’Economie de la Mer” by Rodolphe Saadé and supported by the President of the French Republic, Emmanuel Macron.

The companies continue to work within the coalition to ramp up the development of the energies and technologies of the future, support new models of sustainable mobility and reduce the climate impact of transport and logistics, CMA CGM and ENGIE said in the joint statement.

“The scale of the project reflects our ambitions and accelerated development in renewable gas production. It demonstrates our ability to support leading companies in their transition to net zero. We are delighted and proud to be carrying out this initiative in partnership with CMA CGM, moving forward together in this important milestone in our efforts to promote the energies of the future.”

Christine Cabau Woehrel, Executive Vice President of Assets and Operations at CMA CGM, added: “To reach our target of net-zero carbon by 2050, the CMA CGM Group is seeking to form solid industrial partnerships, led by this initiative with ENGIE that aims to produce up to 200,000 tons of renewable gas annually by 2028.

“Salamander is the first industrial ramp-up to emerge from the partnership, an advanced pilot helping to develop the renewable gas sector, in keeping with the goals of energy independence and the energy transition set forth by the European Commission in the RepowerEU plan.”