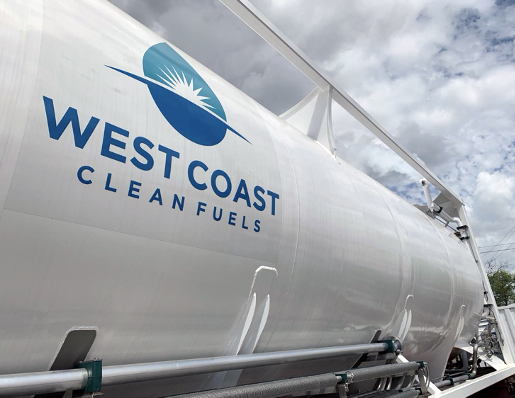 When operating from the Port of Long Beach, these ‘Ohana Class’ vessels will become one of the first natural gas-powered containerships to call on the U.S. West Coast and the first to service Hawaii. Both ships will surpass the International Maritime Organization (IMO) 2030 standards for ocean vessels with zero sulfur emissions, a 90 percent reduction in nitrogen oxide and 25 percent reduction in carbon dioxide as compared to liquid fuel oil.

“Named after my late parents, the M/V George III and the Janet Marie were specifically designed to utilize the latest in technologies to construct clean fuel ships that we hope will set a precedent for environmental sustainability within our shipping industry,” said George Pasha, IV, president and CEO of Pasha Hawaii. “These ships represent our commitment to our customers and the environmental health of both Hawaii and Southern California. Partnering with Clean Energy and World Fuel Services brings us one step closer to achieving this goal.”

The LNG that will power the Pasha Hawaii container ships will come from the Clean Energy plant in Boron, CA. Clean Energy is expanding the Boron LNG plant by adding a production train that increases production by 50 percent. For LNG delivery, World Fuel Services has contracted with West Coast Clean Fuels, LLC to transport and load the LNG into the ship fuel tanks. West Coast Clean Fuels provides end-to-end supply chain solutions for low-carbon fuels, such as LNG and hydrogen, to marine transportation operators on the U.S. West Coast.

“Pasha Hawaii has quickly become a leader in sustainability shipping with these new ships powered by LNG. The environmental benefits will result in the immediate reduction of air pollutants around the ports in Hawaii and Southern California,” said Andrew J. Littlefair, president and CEO, Clean Energy.

“World Fuel Services congratulates Pasha Hawaii and Clean Energy in their commitment to developing new LNG ships and supply. Together, we have made a significant step in providing cleaner marine fuels that positively impacts the marine industry and environment,” said Michael Kasbar, chairman and CEO, World Fuel Services Corporation. “As demand for cleaner fuel increases, World Fuel will continue to provide our customers with sourcing and logistics solutions to meet these requirements.”