Chinese Traders Turn To New Routes To Get Much-Needed Coal 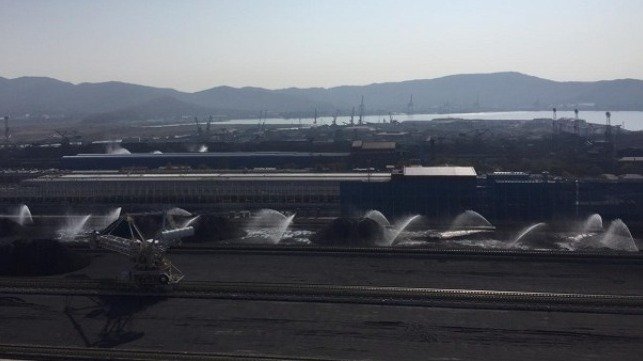 The coal shortage in China and India may give a boost to dry bulk shipping as traders look to new sources to plug a growing supply gap. Demand for coal is part of the driving force behind a massive rally in Capesize bulker rates, with spot earnings for the vessel class now averaging in the range of $85,000 per day.

China has been grappling with regional power grid stress due to low coal supplies, high energy prices, and an ambitious emissions-reduction push. As Chinese factories strive to meet burgeoning Western demand, power consumption has shot up by about 13 percent over the course of the year, putting extra strain on the electrical grid. Local officials have responded by ordering some power-intensive industries to temporarily close up shop or reduce operations.

Part of the energy shortage is self-imposed: due to a diplomatic spat, China has halted purchases of coal from Australia, which was traditionally one of the biggest foreign suppliers to the Chinese market. More than 90 percent of China’s coal is produced domestically, but the rest has to be imported, and traders are now looking at alternative sources – including some unconventional options located much further away.

In Zhejiang, a division of provincial power utility Zhejiang Energy found a way to source coal from Kazakhstan. The firm had the coal delivered to the Russian Black Sea port of Kavkaz, loaded aboard a bulker, and shipped all the way to Liuheng, Zhejiang. It was the first shipment of its kind.

Some private traders are stepping up their efforts to buy illicit North Korean coal, according to Daily NK. Though this is a violation of UN sanctions, it has historically been done by shipping the coal to a Russian port and transloading it onto a different vessel, then falsifying the paperwork to disguise its true origins. Daily NK reports that Chinese officials are choosing to turn a blind eye to this trade, as its illegality is less important than the demand for much-needed coal.

Chinese buyers are also turning their gaze further afield, boosting imports from Canada, Russia, and the Philippines, according to the Global Times. Canadian exports of coal to China are up by 67 percent year on year, according to the outlet. Still, traders do not expect that these alternative supply chains will be enough to fill the gap.

“Without resuming Australian coal imports, the supply shortage will be here to stay for some time, as it takes time to boost domestic production after nearly five years of output curbs,” one Beijing-based trader told Reuters. “The shortage will last at least through the fourth quarter and possibly till after February or March when the heating season ends.”