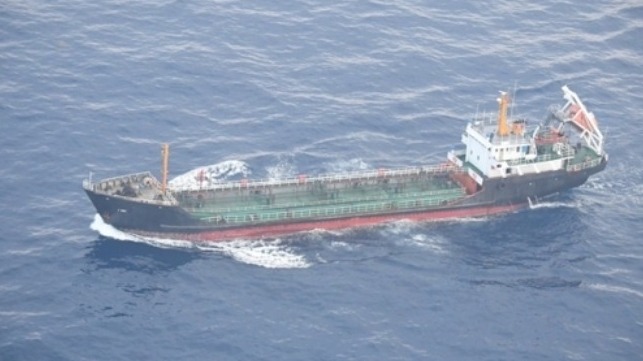 The U.S. Department of State accused the Chinese government of turning a blind eye to trade with North Korea, allowing Chinese firms to ship an  increasing volume of UN-sanctioned goods to and from the DPRK.

“I’ve spoken with enough Chinese diplomats to understand clearly what course of action the Chinese government is advocating. They are seeking to undo the UN sanctions regime that they themselves voted for [and] revive trade links and revenue transfers to the North, thereby ensuring Chinese reach into the North’s economy,” said Alex Wong, Deputy Assistant Secretary for North Korea at the State Department. “By pushing for the expansion of economic ties and the lifting of sanctions, right now, before addressing the security situation on the peninsula, Chinese leaders are asking us to build the frame of a house and even furnish it without laying a foundation first.”

Wong asserted that China is tacitly allowing economic ties with the North, without waiting for an attempt to lift sanctions at the UN Security Council. It has not repatriated North Korean laborers, whose wages help underwrite the cost of Pyongyang’s nuclear program, and it has even made it easier for these workers to enter China. More than 20,000 North Koreans remain working in China today, he said.

In addition, China increasingly allows its domestic companies to trade with North Korea in a range of UN-prohibited goods like iron, steel, industrial machinery, seafood, sand and gravel, he said. This means a significant volume of illicit shipping activity, and Wong asserted that China has done nothing to halt shipments between its seaports and North Korea.

Wong identified 46 occasions when U.S. forces informed Chinese officials of fuel-smuggling vessels headed into China’s territorial seas, but no instances in which China had taken action on the information. An additional 400 voyages by North Korean bulkers and 155 voyages by Chinese coastal vessels carrying North Korean coal also went unchallenged, even though they openly declared their cargoes and itineraries upon arrival in Chinese ports, Wong alleged.

“In no other country do we see this breadth and depth of continuing illicit activity with North Korea, the scale of which puts China in flagrant violation of its obligations,” he said.

In a related development, recent vessel movement and document analyses by Reuters and TankerTrackers.com show that Chinese buyers have accelerated purchasing of U.S.-sanctioned Venezuelan crude oil. The United States has placed stringent sanctions on the purchase and shipment of Venezuelan petroleum, part of its economic pressure campaign on the government of President Nicolas Maduro.

After vigorous U.S. enforcement of sanctions penalties for the carriage of Venezuelan oil, most commercial tanker operators and oil companies have opted to cease participation in the trade. However, two PetroChina-owned vessels took on oil cargoes in Venezuela in November, Reuters has confirmed, and another vessel directly transported a Venezuelan cargo to China in August.